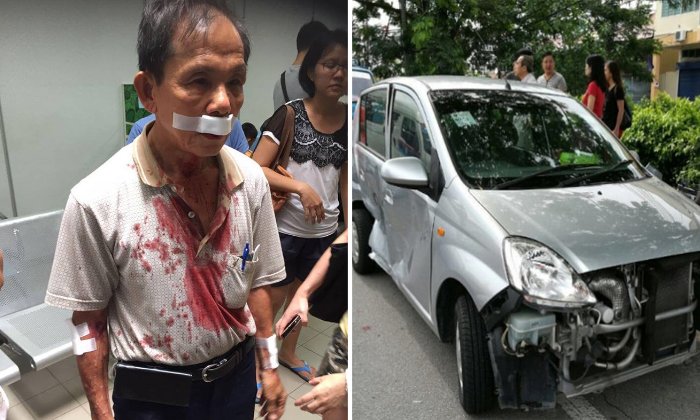 An elderly man who made a risky illegal U-turn move in Malaysia ended up with 20 stitches on his lip after he was allegedly punched by a driver who rammed his car from behind.

According to a report on The Coverage, Khoo Boon Khang, 75, was heading to a workshop along Jalan Abdul Rahman in Muar, Johor,  to get his car fixed.

But when he saw that the workshop was closed, he made a U-turn to return home.

However, the other motorist could not stop in time and crashed into Khoo's car.

Khoo tried apologising to the driver, who is in his 40s, but was punched in the face instead.

A friend of Khoo, who declined to be named, was passing by the area when he saw Khoo talking to the driver, bleeding profusely.

“I was shocked to see the bloodstains on his shirt and immediately approached him.

“I initially thought that he was injured during a car accident."

The friend then immediately took Khoo to a nearby hospital, where he received 20 stitches on his upper lip.

The friend claimed that the attacker later apologised to Khoo and his family. Khoo lodged a police report and has declined to comment on the incident.

According to Malaysian police assistant Azman Ayob, the suspect is being investigated for voluntarily causing grievous hurt and criminal intimidation.