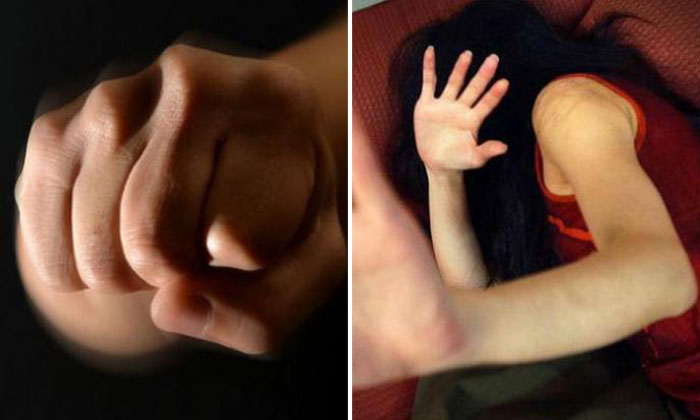 A security guard punched his teenage daughter multiple times one evening for missing a night cycling event he had signed her up for.

The accused had subjected the 14-year-old student and her stepmother, aged 50, to physical threats and violent abuse daily for at least seven years, a court heard.

The 43-year-old was sentenced to 15 months' jail for repeatedly punching his daughter on her chest, abdomen, left upper arm, shoulders and face at their Commonwealth home on Dec 18, 2015.

Another charge of trying to poke her abdomen with a mechanical pencil, punching her a few times, and kicking her on the head after she fell, was taken into consideration during sentencing.

The accused cannot be named to protect the identity of the victim.

When the accused returned home after work that day reeking of alcohol, he started shouting at his wife, Deputy Public Prosecutor Tang Shangjun said.

Although the victim wanted to call the police, she did not dare to but ran out in fear with her stepmother.

They returned home after he apologised. At home, he grilled his daughter about missing the cycling event while she kept silent.

He then punched her on her abdomen, arm and chest as well as her face and mouth area, causing her to bleed from the mouth.

He continued to hit her even as his wife pleaded with him to stop.

He told the victim to call the night cycling organiser so that she could still turn up for the event.

Out of fear, she pretended to do so, and left the flat with her stepmother.

The accused's wife called the Ministry of Social and Family Development and reported the incident.

The girl was taken to KK Women's and Children's Hospital with a 1.5cm-long mark on her forehead and a 3.5cm-long scar on her arm.

The accused had a previous conviction in 2004 for breaching a personal protection order.

DPP Tang said the accused had transformed the home which is supposed to be a sanctuary of peace into a place of "senseless violence".

District Judge Low Wee Ping labelled the accused a bully, saying what he had done was "extremely cruel" and "depraved''.

"I will not be wrong to say you tortured her, and gave her a life of terror. Your wife was also terrorised on that particular night. She did not know what to do.

"She cannot even stop you and I agree with the learned prosecutor your violence was sustained, alcohol-driven," he said.

Pleading for leniency, the accused said he was remorseful, sorry and ashamed.

He promised never to repeat the offence.

He could have been fined up to $4,000 and/or jailed for up to four years for ill-treating a young person under his custody.