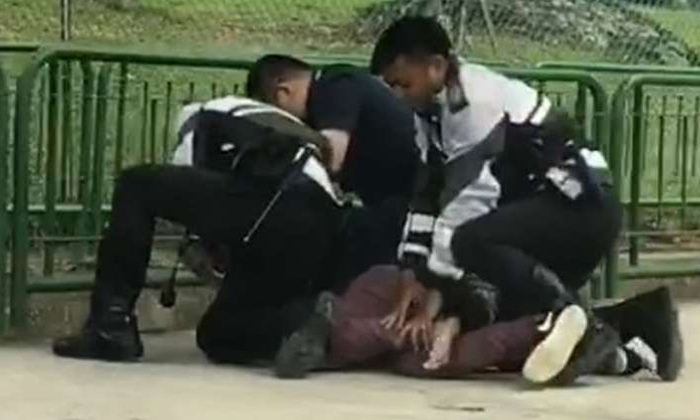 A man involved in an accident in Woodlands on Monday (Jan 9) morning allegedly punched a policeman, flashed his middle fingers at officers, and ran from them before being caught.

A grey Honda allegedly ran into the back of a lorry at the junction of Admiralty Road and Riverside Road, Lianhe Wanbao reported on Tuesday (Jan 10).

While giving his statement to the traffic police, the driver of the car allegedly started lashing out with his fists and then ran off.

As he ran, the driver turned to flash middle fingers at the four policemen chasing him.

After about half a kilometre, the man slowed down and was subdued by the police.

The police told The Straits Times on Tuesday that they were alerted to the accident at 10.23am.

The Singapore Civil Defence Force told ST it dispatched one ambulance to the scene after being alerted at 10.07am.

The lorry driver and his passenger, both men, were taken conscious to Khoo Teck Puat Hospital.

"The 25-year-old car driver was subsequently arrested in relation to the case," said the police spokesman.