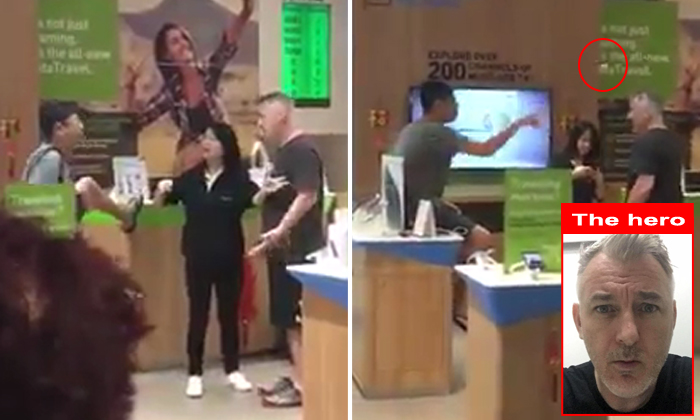 A man was seen angrily berating a female employee at a StarHub shop in Tiong Bahru Plaza, as well as a fellow customer who tried to defend her.

It is unclear when the incident took place, but a video showing the dispute was posted on Facebook yesterday (Feb 9) by All Singapore Stuff and credited to Abdul Wafiy Abdul Rahim.

According to the post, the male customer had been abusing the StarHub staffer when the Caucasian guy, identified as Mr Justin A. Farren, stepped in. 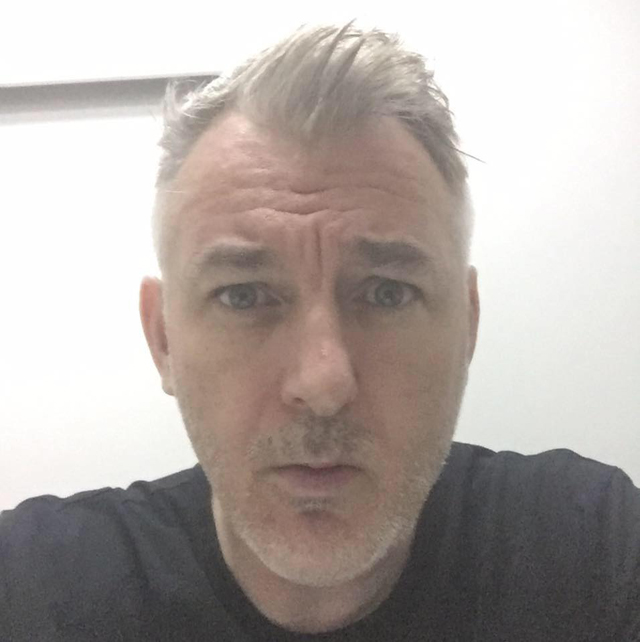 In the shocking clip, the guy can be seen gesturing angrily at the other two parties.

Despite the employee's attempts to break up the altercation, the man continued hurling expletives at Justin.

Dressed in a t-shirt, shorts and slippers, he also crudely raised his leg onto the counter at one point.

"Who is she? Who is she?" he is heard saying to Justin, presumably questioning why he was defending the employee.

The guy then appeared to get even angrier and started shouting, causing Justin to shield the woman and lead her behind the staff counter in a protective manner.

However, the man was far from done.

Even more agitated now, he started spitting repeatedly at Justin and yelling, "Pui man!" before sitting on a display stand in the shop.

He also threw something at Justin and continued his tirade.

According to Justin, who identified himself in the post's comments, the man had also pushed the female staffer but security guards were responsive and did their best to diffuse the situation.

"We subdued him so he couldn't leave without speaking to the police. The police were called, he was charged and hopefully he won't do this again.

"It was my first true experience with racism towards me in Singapore. I have lived here almost five years and love it very much and am proud to call it home.

"Things like this are rare in Singapore. Consider yourselves very lucky."

Many netizens have slammed the man for being a disgrace and praised Justin for his calmness, courage and bravery for standing up to a bully.

One commented, "You did an awesome piece! Standing up for a lady and handling it with that composure! A noble act to be precise and deserve a standing applause. My salute to you Mr Farren."

Another user, Marcus Chan, lauded Justin's actions and said, "It doesn't matter where we come from when it comes to abuse as such, especially towards service sector.

"And to stand up against such bullies, you are selfless and totally earned our respect, coming from one who runs a service business.

"I run a limousine business, and I'd like to give you a complimentary trip for your next trip to/from Singapore International Airport, in recognition for your act of courage."

Ever the gentleman, Justin declined the offer and instead responded, "Very kind of you to offer, how about the next person you drive there you surprise them with a free trip on me?"

Marcus agreed to this and said he would post a picture in the thread.