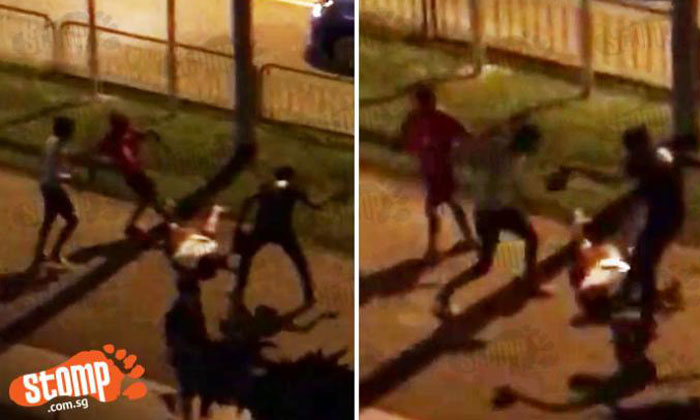 Remember the video of the motionless guy who got brutally whacked and kicked by a group of men -- sent in by Stomper Hardy on Friday (Feb 3)?

Stomp contacted the Singapore Police Force with regards to the incident and they have confirmed that the men involved have been arrested.

“The Police confirm that five men have been arrested in relation to the case and they were charged in court on 2 February 2017.”

According to the Stomper who received the video from a friend via WhatsApp, the incident took place at Ang Mo Kio Avenue 10 near block 456 on Thursday (Feb 2) at around 8.30pm.

In the video, the victim can be first seen lying face-down on a pavement beside a road. He was motionless.

Three men can be seen assaulting him. One stomped on his buttocks, another hit him on his back, while the last attacker kicked the victim twice in the face.

The group had a fourth person who was not involved in the attack based on the video.

The men left the victim on the ground following the assault and left the scene.