Men chase and rain blows on one another, right across heavy traffic: One even flings chair 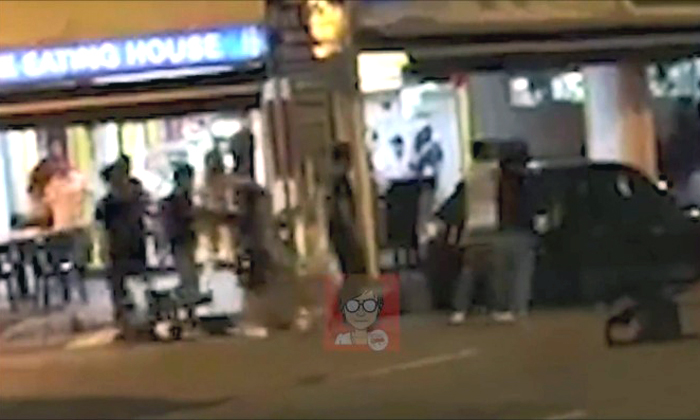 An online video shows several men being involved in a street fight, trading blows and chasing one another across a busy road.

The video was shared on the Fabrications About The PAP Facebook page.

While it is unclear where and when the incident happened, many netizens said that the area looked to be in the vicinity of Boat Quay, Circular Road, and New Bridge Road.

In the clip, one of the men was also seen throwing a chair at another.

The dispute appeared to be between two groups.

At the end of the video, one group can be seen chasing one member of the other group.

He subsequently falls while running, and gets kicked by those who were chasing him.

Anyone knows where this place is?

Related Stories
Man argues with LTA officer over his e-scooter -- then takes things to the extreme by trying to destroy it
Thai woman pummels husband's mistress in the middle of street
'Machiam' UFC: Man rains blows on another, while children scream and people try to pull them apart
fight
violence
assault