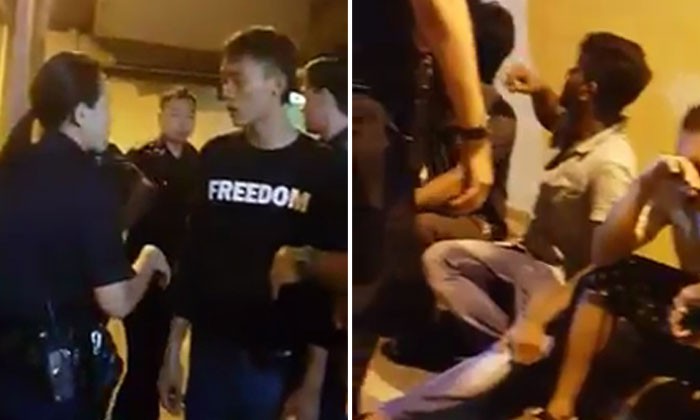 A group of men with bicycle chains allegedly attacked two other men at Boat Quay two days ago (Jan 11).

While the men managed to defend themselves, one man was sent to Singapore General Hospital (SGH).

Stomper Kumz alerted us to a video posted by Udi Kadafi on Facebook. In his post, he said that he and his partner were attacked by a group of six to eight men who were armed with bicycle chains.

In the video, a few police officers can be seen questioning the alleged attackers.

One of them admitted to calling the police while the other can be seen crying, with his arm over his head.

A policeman was also talking to one of the men who claimed he was attacked.

The man said: "I am confused as to why they called the police when they were the ones with bicycle chains."

The Stomper also said: "Sometimes being a police officer is not easy."

The police have confirmed that on Jan 11 at 5.06am, they were alerted to a case of voluntarily causing hurt at Boat Quay.

A man in his 20s was conveyed conscious to SGH.