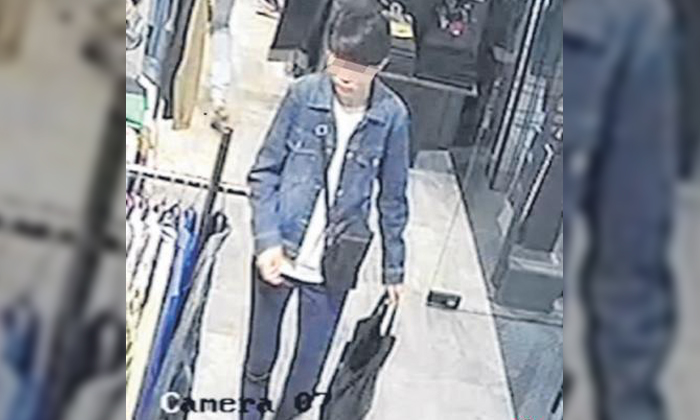 A youth made off with a designer bag worth $565 from a shop at 313 @ Somerset shopping mall after pretending to be an interested customer.

The incident occurred at The Denim Store on Dec 24, at around 9.03pm.

Store manager Ms Chen told Lianhe Zaobao: "The youth entered the store and pretended to look at our products. When no one was looking, he placed the green pouch into his black canvas bag.

"He then pretended that he wanted to try on some pants in the fitting room, where he removed the pouch's button and the anti-theft sensor on it.

"Next, he walked to a corner of the shop and threw the button into one of the shelves before leaving.

"The whole process was completed in 10 minutes."

Staff discovered the theft after noticing that merchandise displayed on a shelf at the store's entrance was missing.

They went to check the shop's CCTV footage but the youth had slipped away by then.

They also found the anti-theft sensor which the youth had discarded.

As it was already late at night, Ms Chen only made a police report the following day.

She added: "Based on the CCTV footage, I believe it's not the first time the youth has done something like this."

Ms Chen also shared the video online, in hopes that someone can identify the suspect.

She is offering a reward to anyone who can provide useful information about the incident, but did not reveal the amount.