Customer flees Holland Drive salon without paying after asking for discounts, says her dad is policeman 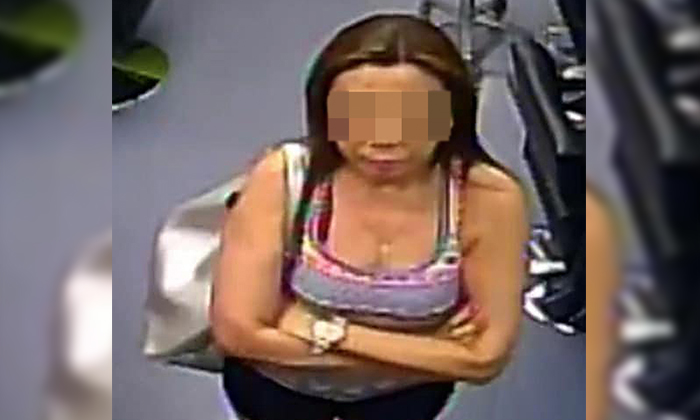 A customer allegedly left a hair salon at Holland Drive without paying after asking for discounts. She also said that her father is a policeman.

A 27-year-old hairstylist Mr Tan said that a female customer arrived at about 3.30pm on Nov 22. The customer wanted to dye her hair. After choosing a colour and negotiating the price, the process began.

After the colouring was done, the customer wasn't satisfied and felt that the colour was too dark.

Mr Tan suggested having some highlights done. After confirming that the total price would be $126, the highlighting process began.

However, the customer still wasn't satisfied and insisted to have the price heavily discounted. She was only willing to fork out $100 or she would leave.

Mr Tan pointed out that the woman argued with him for about 25 minutes but she was still unwilling to pay.

The customer said she wanted to lodge a complaint and when Mr Tan mentioned that he would report the matter to the police, she said that her father was a policeman.

At this time, the boss of the hair salon who was looking at closed-circuit television (CCTV) footage noticed that something wasn't right. He called the shop and the customer requested to speak to the boss.

Mr Tan then heard her say: "You're the one who's telling me to leave! It's you ah!"

Following that, the customer hung up the phone and left the shop.

The boss saw this happening from the CCTV and called again.

Mr Tan asked his boss why he told her to leave and this was when they found out that the customer had put up an act.

"My boss was actually telling her that he didn't care how dissatisfied she was, she still had to pay up first and if she wanted to sue, she can sue," said Mr Tan.

But when Mr Tan gave chase, the customer was already out of sight.

The shop lodged a police report and published a post about this incident on their website, reminding everyone in the industry to be careful.

In response to Stomp queries, the police confirmed a report was lodged.

According to Shin Min Daily News, the police suggested that the boss of the hair salon can pursue the matter by lodging a civil suit.

Related Stories
Rider offering $500 reward for information on e-scooter that went missing from Our Tampines Hub
Man's $600 e-bike stolen from Potong Pasir HDB block: "I used it to travel to work"
Police arrest man after he was pinned down by uncle for alleged theft: Investigations ongoing
More About:
theft
stealing
police