Auntie walks away with 2 bags worth $91.80 from AMK Hub store without paying: Police investigating 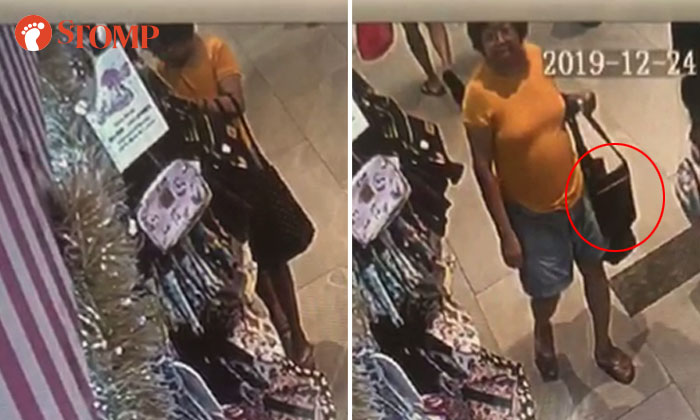 A woman was caught on surveillance footage taking two bags from a store at AMK Hub on Christmas Eve (Dec 24).

A Stomper, who is the owner of the store, alerted Stomp to the incident and shared footage taken from a CCTV camera.

She said that one of her staff had hung a bag containing another bag on a display rack before going to the toilet.

He had forgotten to tie the bag to other products on the rack.

"When he came back, he saw that it was missing," the Stomper said.

That was when they reviewed the footage and saw that a woman who had been browsing products in the store had taken it and walked away without paying.

"A new piece was inside the display piece," explained the Stomper.

She told Stomp she immediately reported the incident to the police.