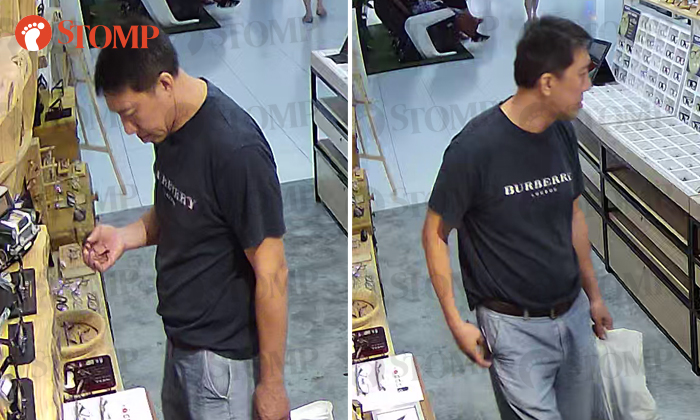 A man was caught on camera pocketing an expensive spectacle frame from a shop in Malacca, Malaysia, on Tuesday afternoon (Dec 17).

Stomper Nick, a Malaysian who owns the Young Look Vision store at Mahkota Parade shopping mall, said the incident occurred at around 12.30pm.

"He used a Singapore UOB credit card to pay for his purchase.

"I checked with UOB but all they could say was that the card owner is Singaporean and that they are unable to share other details.

"The man also left a Singaporean phone number and IC number in his invoice. However, the phone number belonged to someone else when I called it, so I'm not sure if the IC number is even real."

In CCTV footage that Nick shared with Stomp, the man can be seen handing over his credit card to shop staff before continuing to browse spectacle frames in the store.

At one point, he picks up a spectacle frame from the display counter, inspects it for several moments and then places it in his pocket.

Nick, who was not in the store when the incident occurred, said that the stolen frame was handmade and imported from Japan. 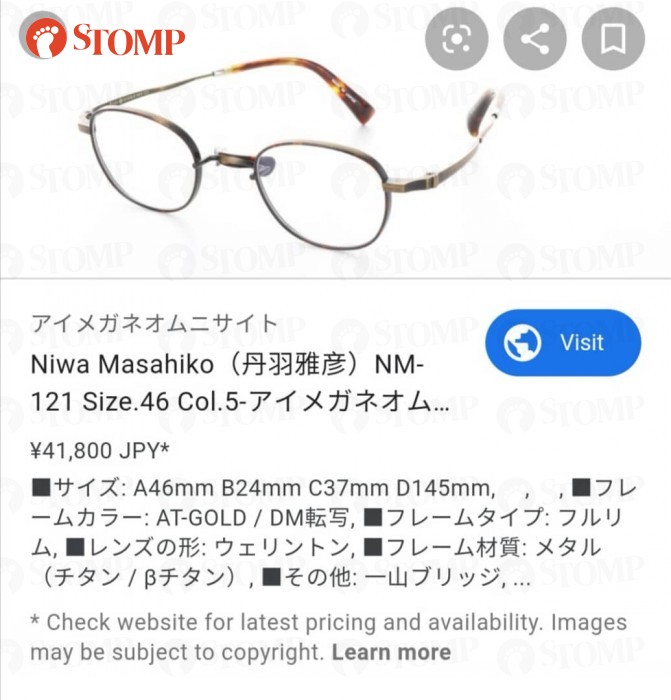 Although the Stomper has not made a police report, he has shared the incident on Facebook.

Nick told Stomp: "I only realised that the Japanese frame was gone when I returned to the shop.

"I don't want to make a report yet as Chinese New Year is almost here and I don't want him celebrating it inside jail.

"I hope he sees this and returns the frame to me or pay for it, or I will report it to the police.

"Enjoy your holiday in Malacca."

Related Stories
'Return my iPhone that I left on shop counter and I will withdraw police report'
Man who took $99 bluetooth headset at AMK Hub, you have till Sunday before staff makes police report
Man walks into Chong Pang shop and leaves with owner's phone in less than a minute
More About:
theft
stealing
Malaysia