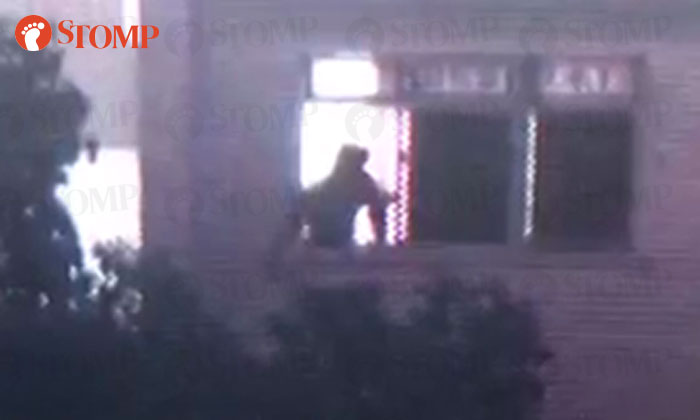 Stomper Chi Ming is concerned about his family's safety because one of his neighbours is using a slingshot to fling rocks around the open air carpark between Blocks 728 and 726 at Yishun Street 71.

According to the Stomper, this has been happening for almost a month now but he only just realised who has been doing it when a passer-by pointed the suspected neighbour to him a few days ago.

Things got serious when one of the rocks almost his daughter on Sep 3.

"My wife was fetching my daughter back from tuition when one of the rocks hit my wife's car and my daughter was standing right next to it," said Chi Ming to Stomp in a phone interview.

He added that his own car has dents from the rocks that have been flung from his neighbour's sixth-storey unit at Block 726.

"If you come down to the carpark, you can be several of these rocks lying around.

"Other residents are avoiding the parking lots near where the guy's unit is and you can see that at least 10 of the lots are left vacant."

Chi Ming managed to capture his neighbour using what looked to be a slingshot to shoot rocks at a tree near his unit on Sep 5.

"I think he is aiming for the birds as he has been seen using a laser on them as well," he said.

"I think he is being a nuisance and it is very dangerous considering that Chongfu School is nearby and several children walk past the area.

Chi Ming told Stomp that he has since made a police report.