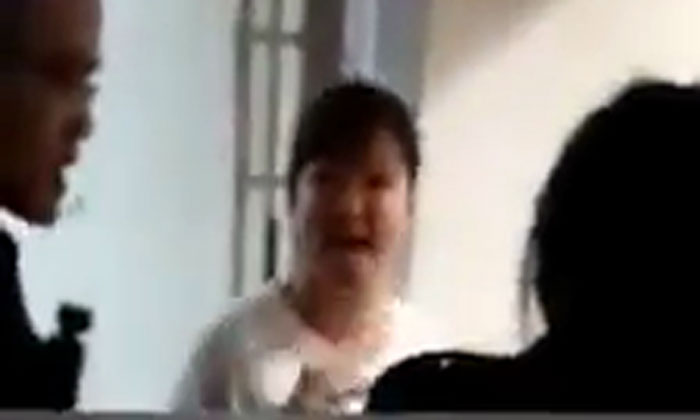 A new video has emerged showing a trio of Yishun neighbours shouting at each other while police officers try to intervene.

A 44-year-old woman identified as Madam Fu was arrested for disorderly behaviour on Aug 27 after she called the police, accusing her neighbour of harassment.

The Straits Times understands that she was uncooperative and shouted at the officers.

Madam Fu accused her neighbour, Madam Lin of throwing rubbish at her doorstep, knocking at her door in the middle of the night, and sending her 'senseless and disgusting messages'.

Madam Lin had installed closed-circuit cameras at her home which caught Madam Fu on video splashing soapy water at her door.

Stomper Kym Kym shared a new video with Stomp where three women are seen shouting at each other as police officers tried to mediate the situation.

Two of the women are believed to be Madam Fu and Madam Lin while the third woman's identity is unknown.

One of the women is filming the confrontation from her unit while the other two shout at her from the common corridor.

The women gesture and shout at each other despite police officers telling them to calm down and stop shouting.

The woman filming the incident shouts at one of the others, "Still so smug, threatening me to go downstairs!"

In response to media queries, a police spokesman said that a 44-year-old woman was arrested for disorderly behaviour.

The police also confirmed that this new video was taken when the arrest was made.