Women punch, kick and grab at each other's hair in catfight 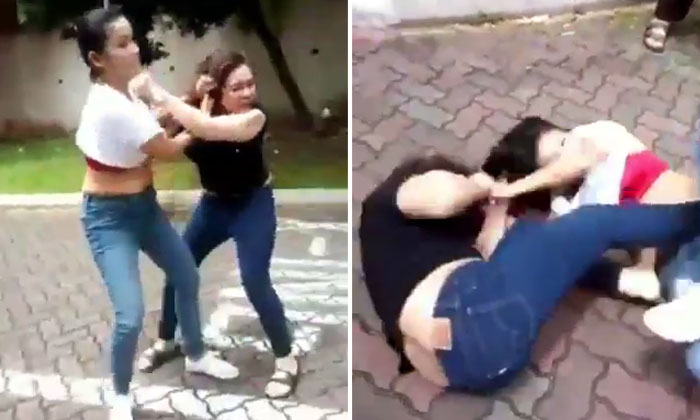 Two women were caught on camera throwing punches and kicking at each other in videos posted on Facebook.

The videos were posted by Facebook user Danny Ahmad on Feb 6 and have garnered over a million views and the post has over 10,000 shares.

However, it is unclear where or when this happened.

In the first video, the two women are seen holding up their fists and shouting at each other.

Other women appear to be goading them on before they eventually start throwing punches and kicks.

Eventually, they fall to the ground and grab each other's hair, neither letting go of the other.

In the second video, people can be seen intervening and trying to separate the women.

One bystander tells a girl to tell her "mother" to let go of the other woman's hair.

"What is the issue?" she asks.

"Let go and talk about it. You can settle anything."

When the women continue to grab each other's hair and start kicking each other again, the bystander threatens to call the police.

It is unclear what started the dispute or how it was resolved.

Stomp has combined the videos into one clip below.