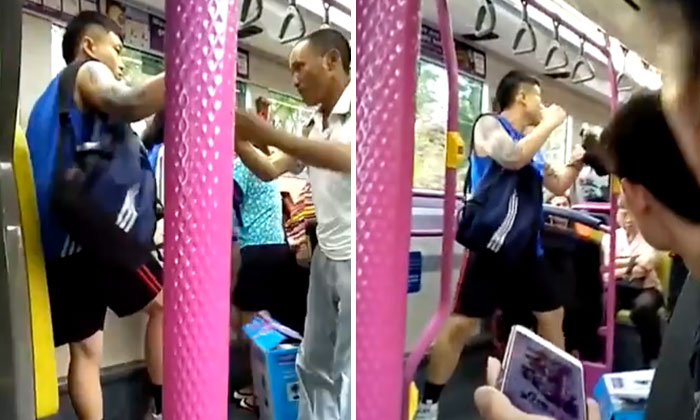 A video of two men locked in a dispute on a bus has been circulating online.

In the video posted on Fabrications About Singapore's Facebook page, the first man sporting a blue sports attire is first seen hurling vulgarities at the other man who is off-screen.

It is uncertain what triggered the argument.

After a while,  the other man could be heard using vulgarities on the man in jersey as well.

In between the explicit-laden exchange, the man in jersey suddenly kicked an electrical fan which was placed on the floor, supposedly belonging to the other man. 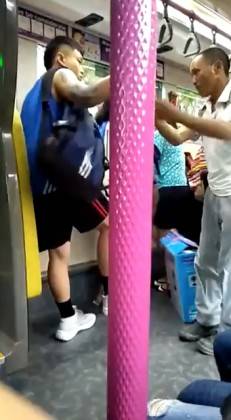 This causes the other man to kick his ankle, and the man in jersey quickly retaliates.

Both men adopt fighting stances, and the situation looked ready to erupt into a full-blown brawl.

Other passengers on the bus, clearly uncomfortable with the situation quickly fled to the back of the bus.

The other man then backs down, while the man in jersey continued to taunt him.

A personnel sporting an SBS transit vest then enters the scene to coax the man in jersey into backing down.

The personnel could be seen holding onto the man in jersey to prevent him from attacking the other man.

The man in jersey continues shouting at his adversary, before calming down and moving away under the guidance of the personnel.

It is unclear when or when the incident happened.