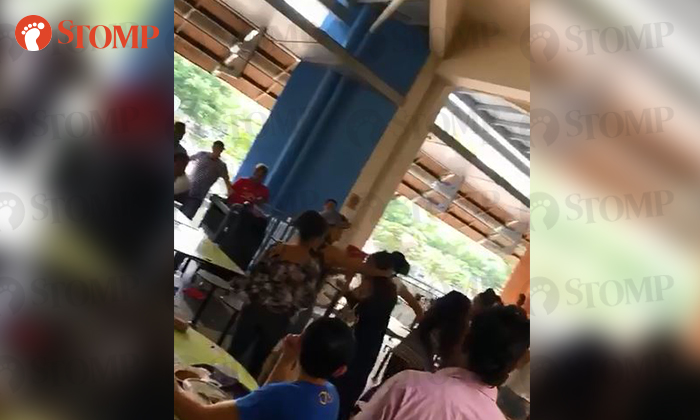 A fight between two women broke out at Tekka Centre, with blows being exchanged in front of startled diners at the hawker centre.

According to Stomper Punjabi, who sent us a video of the incident, the fight was said to have occurred on Jan 7.

In the video, two women can be seen shouting at each other while several other passers-by try to restrain them.

One of the two women then threw what appeared to be a drink at the other women and blows were briefly exchanged.

The woman who had a drink thrown at her was then restrained by a female passer-by.

It is unclear what caused the dispute.

In response to media queries, the police told Stomp, "On Jan 7 2018 at 2.26pm, the police were alerted to a case of voluntarily causing hurt at 665 Buffalo Road. (Tekka Centre)"

Stomp understands that no arrests were made.

Related Stories
'Tiny' woman beats up man and flees with bag at Kampong Glam
Ah pek throws chairs and glass bottles in dispute with beer lady and patrons
4 men fight and throw chairs at one other at Peninsula Excelsior Hotel
More About:
fight
dispute
hawker centre