So-called "victim" in Golden Mile Tower fight arrested along with 3 others: They were all fighting, says police 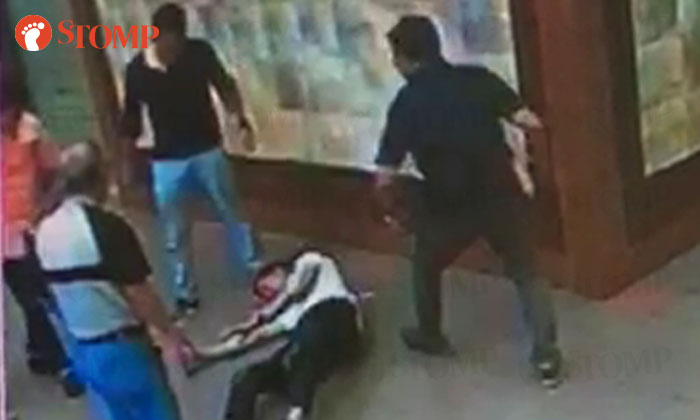 Police have responded to a Stomp media query regarding a fight that happened at Golden Mile Tower on Jan 9.

Stomp spoke to a man named Jonathan who claimed that he was the victim of an attack that had happened that day at 12.20am outside an entertainment outlet.

His friend, Mike, shared a video with Stomp showing a group of men punching and kicking Jonathan as he lay on the floor.

According to Jonathan, they had attacked him for "no reason".

He told Stomp that he went to Singapore General Hospital (SGH) later that day at around 7 to 8am to have his injuries treated, including bruises on his head and face.

He added that he had made a police report on Jan 16 regarding the incident.

After the report, Stomp contacted the police for more information.

On Jan 17, the police confirmed that a report was lodged and investigations are ongoing.

On Jan 23, a police spokesman updated Stomp on the case and said that the so-called "victim" and the three other assailants involved in the fight were arrested yesterday.

They were all fighting with each other and are liable for the offence of affray.

Stomp understands that Jonathan was instigating the fight and taunting the other three men before they attacked him.

This part was not included in the video that was shared with Stomp by Mike.