Woman wants refund for fly in soup, GrabFood says no as she has too many compensation requests 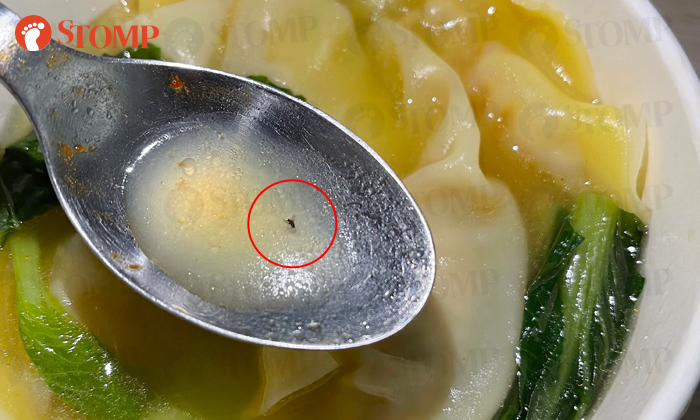 The woman said she has received a refund from GrabFood following this article.

A customer is seeking a refund from GrabFood after allegedly finding a fly in her wanton soup, but her request was turned down by the platform.

Stomper May said she used the GrabFood app to make a $17.90 order from Pontian Wanton Noodles at Sun Plaza on Monday (July 11), at around 12pm.

She later discovered a fly in her wanton soup, the Stomper alleged.

May said: "I felt very angry because the stall didn't take hygiene seriously. As a F&B stall owner myself, I feel that food hygiene is very important because it is our customers who consume the food and I would not want this to happen to my customers.

"However, GrabFood refused to compensate me even though there was clearly a fly in my food."

May shared a screenshot of the response she was given after requesting a refund for her order. 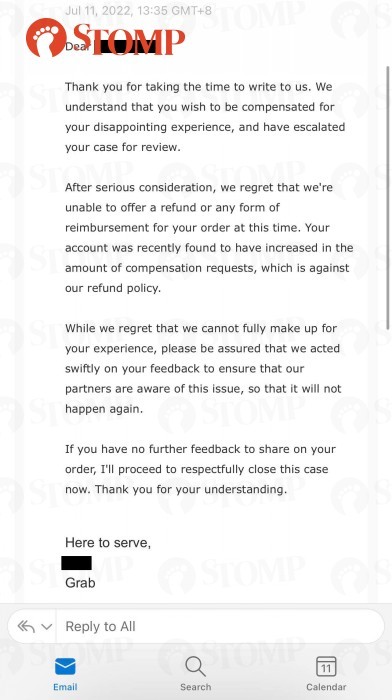 The response stated that GrabFood is unable to offer a refund or any form of reimbursement as May's account "was recently found to have increased in the number of compensation requests", which is against the platform's refund policy.

May said that she had indeed made refund requests for prior GrabFood orders "quite a few times".

She told Stomp: "Maybe five to six times? Sometimes it's because the delivery rider left the food outside and the soup had spilled out."