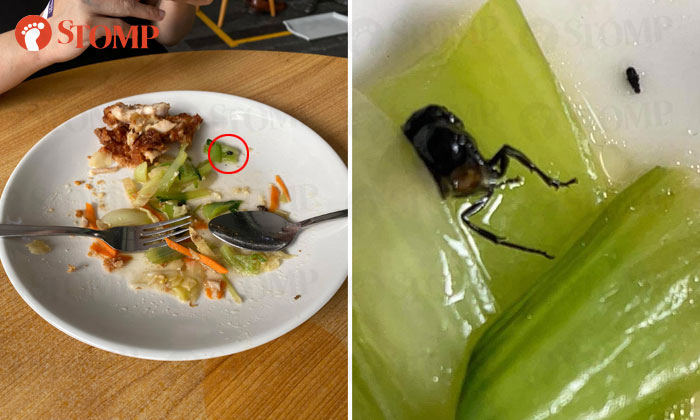 A woman was just about to finish the meal she bought from an economy rice stall at Breadtalk IHQ's Food Republic when she found a bug.

Stomper Kirk shared that his wife had ordered her lunch from the stall on Monday (Oct 18) at about 1.30pm.

"When she was left with about a third of the dish, she noticed the insect," he said.

"She was pretty grossed out by it.

"The bug looked like a fly but also like a cockroach with half of its body gone.

"Upon closer inspection, there was another tiny bug or sesame seed beside it too.

"When she approached the elder male staff to inform of the extra ingredient, he didn't seem bothered about it and hurriedly discarded the plate.

"They didn't offer any refund but offered to give her another dish which my wife turned down.

"My wife has reported this to the Singapore Food Agency (SFA), mostly because they didn't remove the veggie dish from the shelf and continued selling it."