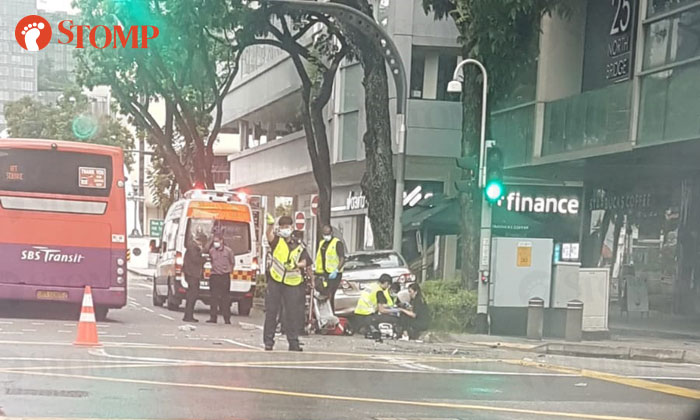 A 33-year-old woman was taken to hospital after an accident involving a bus and a car at the junction of High Street and North Bridge Road on Sunday morning (April 4).

A Stomper alerted Stomp to the incident and shared a photo she took of the SBS Transit bus and car involved.

In the photo, officers can be seen attending to a woman at the curbside.

In response to a Stomp query, the police said they were alerted to the accident at 7.58am.

"A 33-year-old female car passenger was conscious when conveyed to the hospital," a police spokesman said.

Ms Tammy Tan, the SBS Transit's senior vice-president of corporate communication said in a statement to Stomp: "We have, and continue to be, in touch with the passenger of the car who had received outpatient treatment.

"We will render her assistance as best we can.