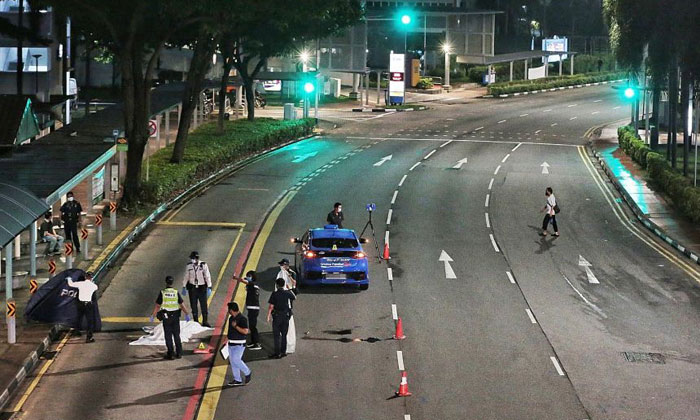 An elderly man died after he was purportedly dragged by a taxi for about 30m in the early hours of Tuesday morning (March 30).

The 73-year-old, who used a walking stick, was crossing the road in front of Block 8 North Bridge Road at about 12.40am when the incident happened.

He was pronounced dead at the scene by a paramedic from the Singapore Civil Defence Force.

The victim is believed to have been living alone in Block 9.

A resident of the area, who wanted to be known only as Mr Lin, 63, told Chinese evening daily Lianhe Wanbao that the man would cross the road between 11pm and 1am every night to buy supper at the nearby coffee shop.

"He was always shirtless, walking around in a pair of shorts," said Mr Lin.

"There is an overhead bridge and pedestrian crossing nearby, but he never used them."

The overhead bridge, which is equipped with a lift, is about 10m from the site of the accident, and the pedestrian crossing about 50m away.

"I'm not surprised, because I've seen similar accidents on this road at least 10 times," he said.

A woman working at the coffee shop told Wanbao that just minutes before the accident, the man had bought two cups of tea and a slice of bread from her.

"He bought his supper and then slowly walked back," she said. "He often came here, but doesn't talk to anyone."

At the scene on Tuesday morning, food was scattered across the road, according to Wanbao.

There was a walking stick nearby and a slipper. 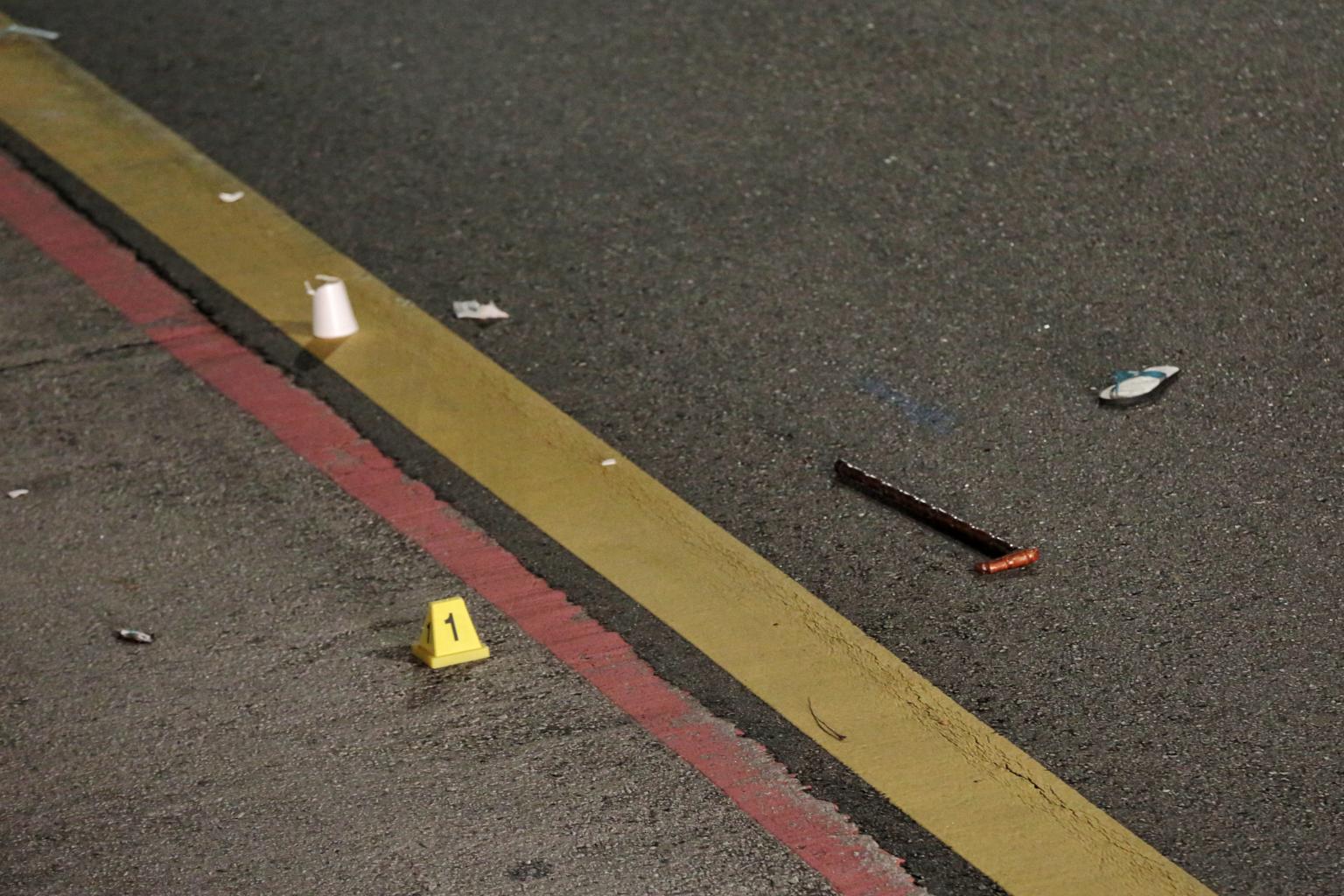 At the scene, food was scattered across the road. PHOTO: SHIN MIN DAILY NEWS

A blue tent and a taxi next to it were in the lanes in front of a bus stop, where a man was seen talking to the police.

He was taken away in a police car at about 3am.

Ms Tammy Tan, group chief corporate communications officer for ComfortDelGro, said it has reached out to the victim's family.

"We are deeply saddened that this had happened and have reached out to the deceased's next of kin to convey our condolences and to assist them during this extremely difficult period," she said.

"The cabby's relief driving arrangement has also been terminated with immediate effect and we are assisting the police in their investigations."