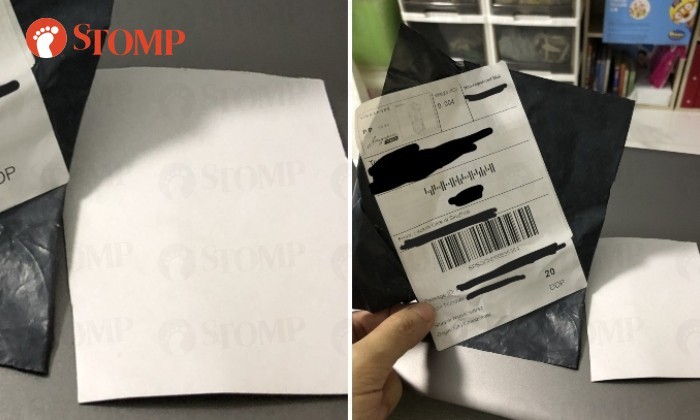 When ordering clothes online, you might have received a size too large or too small, or maybe even got the item in the wrong colour.

But imagine opening a package that is supposed to contain clothes, but it turns out to be a piece of white cardboard instead.

Stomper Anonymous had that experience when she received a package that was supposed to contain two items of clothing which was ordered from Lazada on Aug 10.

On Aug 22, she tore into her package and was shocked to see a "tiny piece of cardboard weighing about four grams".

"It is clear that the seller sent me this cardboard intentionally and not by mistake," the Stomper shared.

She sent a photo of what she received in the mail and said: "You see the tiny piece of white paper beside the packaging? That is the cardboard that the seller sent."

The Stomper also added that she has received a refund from Lazada.