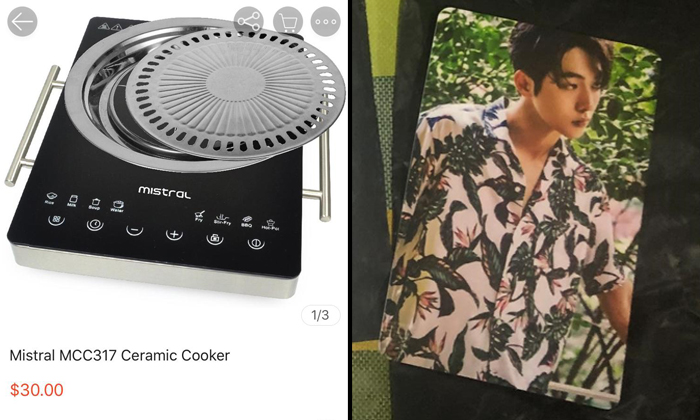 Online shopping can be risky business because the item you receive might turn out to look different from what was pictured in its advertisement.

But what if you get something that isn't even your purchase?

On Dec 16, Stomper Casey bought a Mistral MCC317 Ceramic Cooker that costs $30 from a seller on e-commerce website Shopee.

The same product is priced at $53 onwards by other sellers on Shopee and Lazada. It retails for $59 and $69 on Best Denki and Courts respectively, accordingly to their websites.

Casey was shocked when he received his order on Monday evening (Dec 23) because the parcel contained nothing except a celebrity photocard.

He told Stomp: "To my surprise and anger, they sent me an envelope with a pop star's picture card inside. There was nothing else inside and no invoice.

"I called the phone number on the envelope but no one answered the call.

"I subsequently checked the seller's rating on Shopee and discovered that I wasn’t the only who had been scammed by this shop. There were several others with similar experiences too."

Casey shared with Stomp screenshots showing negative reviews from other buyers who went through the same thing.

Many users said they received the "wrong item", which turned out to be a mere photocard. 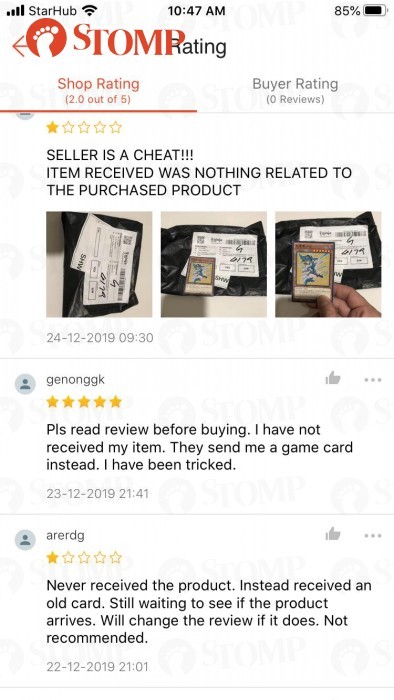 The seller in question, who lists mostly household appliances for sale, has an average rating of 2.1 out of 5 stars on Shopee.

Casey added: "I messaged Shopee to launch a complaint against this seller and was told to request for a refund, though I have to wait for seller’s reply before I can receive my refund.

"With this incident, I’m very skeptical about purchasing anything online!"

Casey has also previously shared similar bad experiences with his purchases, such as a home officer chair that suddenly broke and a power bank that malfunctioned.