Woman runs across road and towards car, crouches down -- then suddenly changes her mind 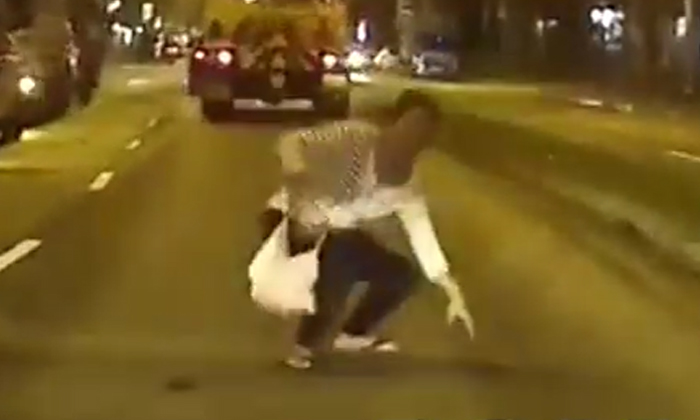 A woman's erratic behaviour in what is believed to be an accident scam shows why it is worth investing in a good dashboard camera.

A video posted by ROADS.sg on Facebook, which Stomper Mr Tan alerted Stomp to, shows the woman dashing across the road and towards a car.

The car managed to stop quite some distance away from the woman, who meanwhile can be seen getting into a crouching position in the middle of the road.

According to the Facebook post, the incident occurred along Rangoon Road towards Tessensohn Road on Oct 29, at around 7.50pm.

The driver who recorded the video said: "She must have seen my dashboard camera and moved on to the next car.

"Then she decided to go and do it to the back car following me."

ROADS.sg added in its post: "Accident scammers are still roaming our roads, be aware. A good car camera is still your best defence."