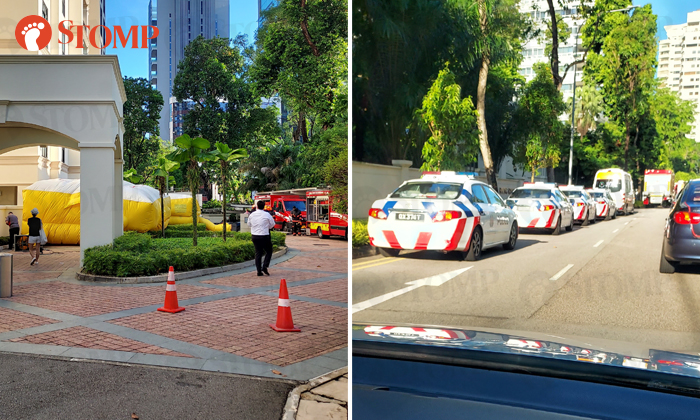 A 54-year-old woman was apprehended after locking herself in a unit at Spring Grove condominium for four hours on Monday (March 8).

In response to a Stomp query, the police said they received a call for assistance at 53 Grange Road at 6.22am.

When police officers from Tanglin Police Division arrived, the woman was found to have locked herself in her residential unit at the location.

"Despite repeated engagements, the woman refused to open the door," police said.

"As it was assessed that the woman might pose a danger to herself, officers from Crisis Negotiation Unit, Special Operations Command and Singapore Civil Defence Force were also deployed to the scene."

The Singapore Civil Defence Force (SCDF) confirmed that it received a call for assistance at around 6.25am and deployed one safety life air pack. 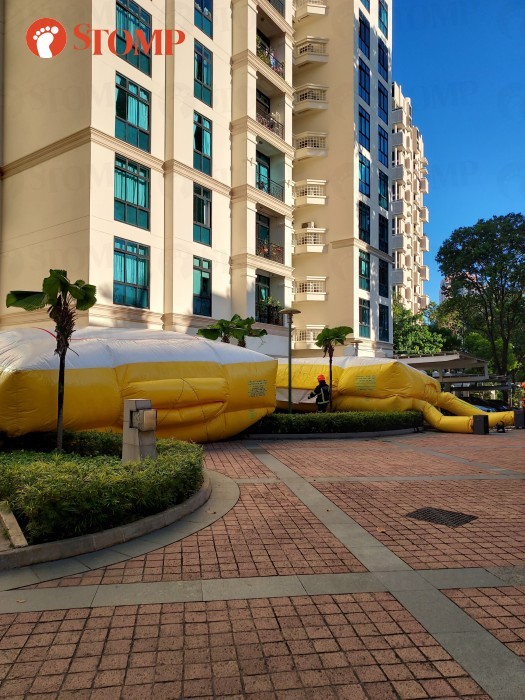 Rescuers from the Disaster Assistance and Rescue Team (DART) were also on standby as a precautionary measure.

The police added: "At 10.22am, police officers managed to gain entry into the unit and apprehended the woman under the Mental Health (Care and Treatment) Act and for using criminal force against a public servant."

Stomper Watchman, who shared several photos of the scene, said that the stand-off lasted around four hours.

He said: "There were more than 10 police officers and eight SCDF officers trying to talk the woman out of jumping, with the air cushion to boot."

The woman was subsequently referred to the Institute of Mental Health for further assessment.

Related Stories
Man enters sleeping neighbour's home and kisses her, threatens to jump down Tampines block in 3-hour drama
Man arrested for drug-related offences in Punggol had locked himself in flat for 4 hours
2 arrested for suspected consumption of drugs, using criminal force on public servant at Jalan Bukit Merah
More About:
rescue
stand-off