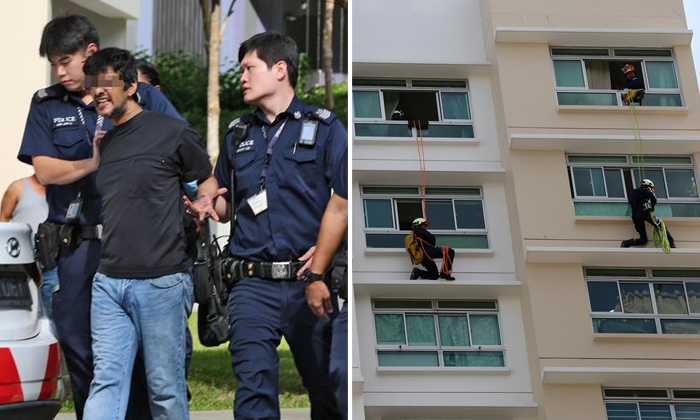 A 48-year-old man who was arrested for drug-related offences in Punggol on Sunday afternoon (Mar 1) had locked himself in a flat for four hours.

A Stomper previously shared photos of the incident that occurred at Block 623B Punggol Central at around 1pm.

The Singapore Civil Defence Force (SCDF) told Stomp that it set up two safety life air bags on the ground floor and deployed a team of Disaster Assistance and Rescue Team (DART) rappellers as precautionary measures.

According to Shin Min Daily News, the suspect locked himself in a unit on the 16th floor for almost four hours.

Reporters who visited the scene noted that the interior of the flat, which had the curtains drawn, was dim and cluttered.

Over 50 officers from the police and SCDF were activated, and the stand-off drew a crowd of more than 100 onlookers. 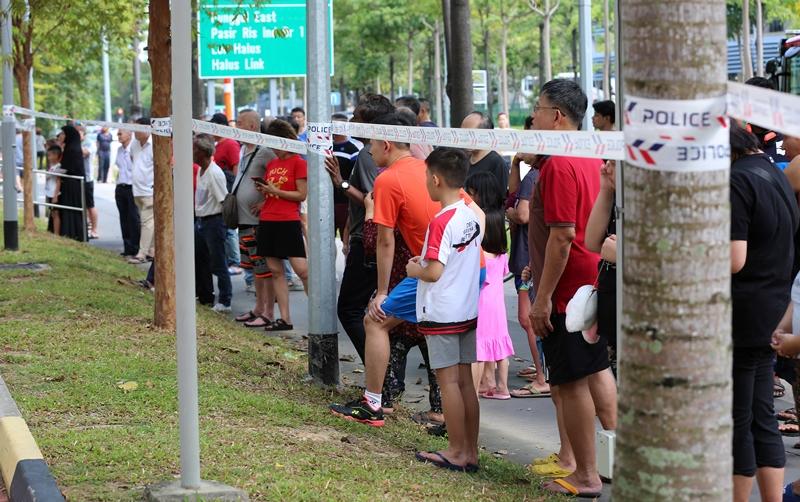 The suspect appeared calm when he was arrested and taken away in a police vehicle.

Investigations by the Central Narcotics Bureau (CNB) are ongoing.