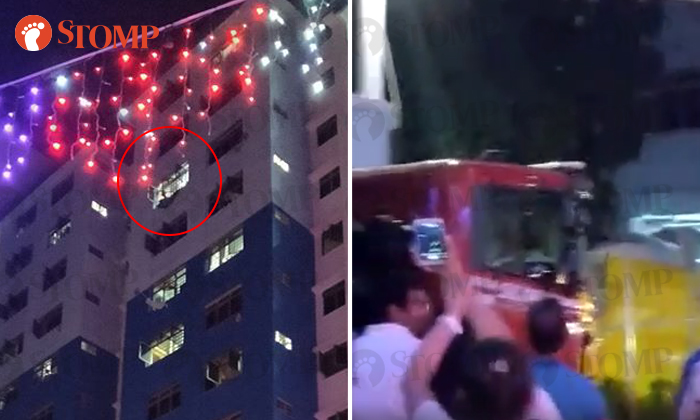 A man and a woman were arrested following a stand-off at Block 3 Jalan Bukit Merah on Wednesday evening (Jan 1).

Stompers Zazza and Patrick contributed photos and videos of the scene unfolding in a unit on the 12th floor.

The commotion drew a large crowd of onlookers, some of whom can be seen filming the incident on their mobile phones at the foot of the block.

A safety life air pack and a fire engine can also be spotted at the scene.

In response to a Stomp query, the police said they received a call for assistance at 6.32pm.

"A 55-year-old man was subsequently arrested for using criminal force to deter a public servant from discharge of his duty," added a police spokesman.

"A 52-year-old woman was arrested for suspected consumption of controlled drugs."

The Singapore Civil Defence Force told Stomp it was alerted to the incident at around 9pm.