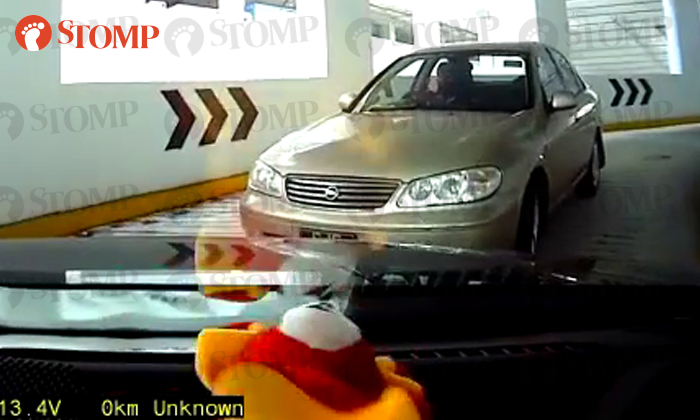 Stomper Anonymous was left shaken after nearly crashing head-on with a car that was travelling in the wrong direction on a carpark ramp in Joo Koon on Monday (March 11).

Anonymous, who had a passenger in her car, said the incident occurred at the Fairprice Hub building at around 1pm.

She told Stomp: "I was going up from the third storey to the fourth storey, when this car came down very quickly in the wrong direction.

"I was quite shocked because a few more centimetres and we would have crashed."

In a video contributed by Anonymous, she can be heard yelling from the shock.

The driver is then seen reversing on the ramp so that Anonymous could pass through.

Anonymous added: "I don't know if the driver was dreaming or what.

"The directions were painted very clearly and there were so many arrows along the wall of the ramp."