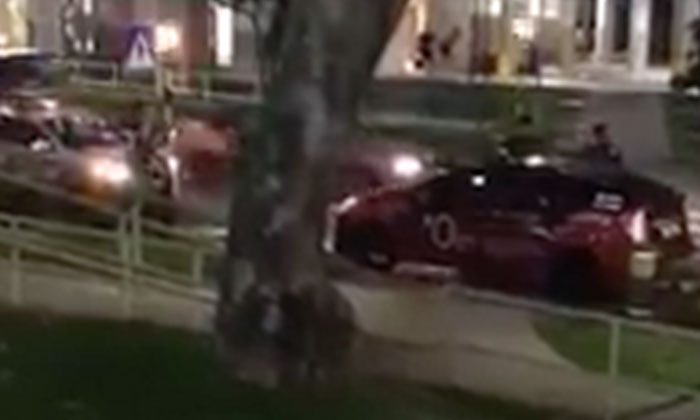 A video of a taxi driver going against traffic on a one-way lane and coming face to face with a police car has been circulating online.

Stomper Dean received the video from some friends on WhatsApp and forwarded it to Stomp.

In the video, the SMRT cab driver is seen reversing after turning onto a one-way street, just mere metres from a patrol car ahead.

The video ends as police officers alight from the patrol car, walking towards the taxi.

The taxi driver could be seen getting out of his cab as well.

“I don’t know whether the driver is drunk or ‘sotong’, but this is ridiculous.

“They usually look out for road signs also, so this just doesn’t make sense.”

It is unclear when or when this incident happened.

Stomp has contacted the police for an official statement on the video.

Related Stories
Driver gets passenger to look out for traffic and then exits via carpark entrance
Driver reverses and makes U-turn near zebra crossing at Eunos -- only to go against traffic
LTA investigating patrol warden who nearly got hit by oncoming car at Raffles Link
More About:
against traffic
taxi
funny