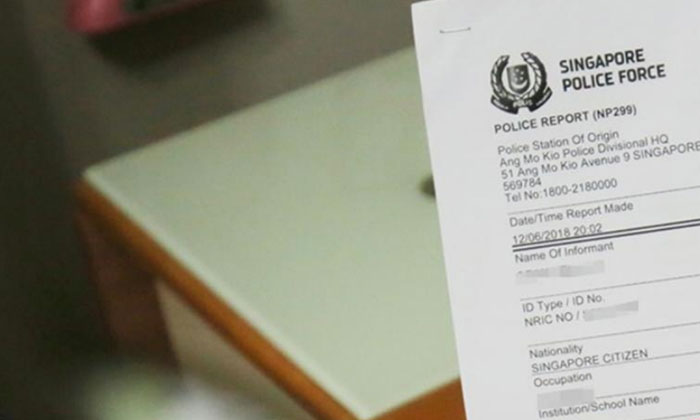 A woman is demanding over $2,000 of compensation from the mother of their daughter’s kindergarten classmate after discovering that her husband had been footing the bill during dates with her.

The 42-year-old housewife, Madam Lin, told Lianhe Wanbao that her husband, Mr Xie Yan Hua, 47, had been taking the real estate agent, Ms Kang, 37, out for lunch almost daily over the past six months.

Madam Lin said that she even suspected that Ms Kang had deliberately “hooked up” with her husband. In a fit of rage, she tasked her husband to retrieve money he had spent on Ms Kang.

However, Ms Kang maintained that throughout the six months, the two always paid for their own meals separately.

Madam Lin told Lianhe Wanbao in a phone interview that she found out that her husband had been dating Ms Kang for nearly six months after her daughter secretly informed her about it.

She revealed that her family was facing financial difficulties and they had planned to sell their flat and move into a smaller unit.

“We started looking for someone to help us sell our flat in July 2017.

"Coincidentally, one of the parents to my daughter’s classmate in kindergarten was a real estate agent, so we decided to get her help.”

She also claimed that her husband paid for all the meals, and even their daughter could see that Mr Xie and Ms Kang were acting intimately.

In an interview with reporters, Mr Xie confessed that although he did not physically cheat on his wife, Ms Kang was always flirting with him.

Ms Kang had allegedly invited him over to her home on many occasions to “hang out”.

He acknowledged that he had committed emotional infidelity although he never once accepted the invitations.

Mr Xie added that Ms Kang would invite him and his daughter for lunch every day after classes. During these meals, she would insist that he foot the bill.

“Other than main courses, she and her daughter would also have desserts. Each time, this would amount to over $20.

Mr Xie also claimed that he had thought of “taking the next step” with Ms Kang, but later discovered that he was merely an “ATM” to her.

“My wife and I have lodged a police report and hope to expose this woman for what she has done.

“We also hope to retrieve the money which I spent on her. This amounts to over $2,000.

“My monthly salary is only about $1,000 so this sum of money is quite substantial to me.”

It is believed that Ms Kang also filed a police report.

Related Stories
Married man threatens to upload sex video with housewife unless she divorces hubby
'My wife cheated on me with a colleague 10 years ago, now it's my turn'
Buyer who didn't receive item after paying $16 shares "signs you are getting cheated online"
Confessions of a heartbroken man, 19, who had affair with 35-year-old married woman with kid
More About:
controversial
affair
flirt