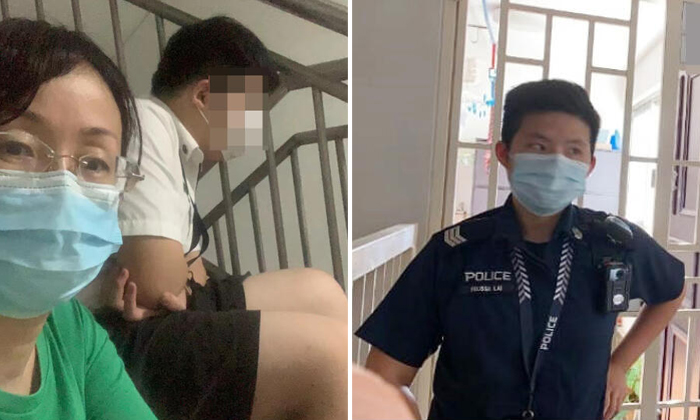 Having just rented a flat for less than three weeks, a woman and her son were shocked to find their water and electricity cut off one morning.

Later that afternoon, they returned to the unit and found an additional lock on the gate, and had to spend the night in a stairwell because they had no place to go.

Ms Yu, a 51-year-old Chinese national, along with her 14-year-old son who is studying in Singapore, signed a one-year lease for a four-room flat along Yishun Avenue 5. They moved in on March 20.

But on April 6, after their utilities had been cut, they received a handwritten note from her landlord telling her to "move out by April 7", she told Shin Min Daily News. 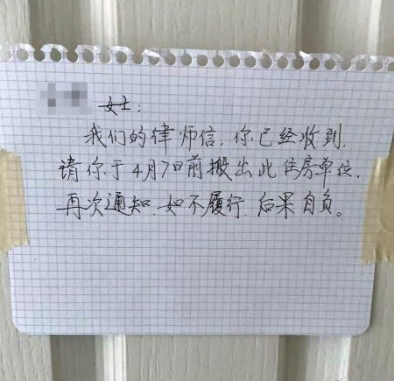 When she was locked out later that day, she called the police for help, but her landlord refused to let her into the house.

"After I went to the police station to give my statement, I had nowhere to go. I spent the night sitting in the stairwell with my son," Ms Yu said.

Although the woman rented the entire flat for $2,600 a month, she said her landlord invited other potential tenants to view the house shortly after she moved in.

Her landlord also did not tidy up the living room and kitchen so she could use the areas, but instead told her that she had too many belongings, Ms Yu said.

"I only have six suitcases and a few cardboard boxes containing daily necessities – all of them are placed in the bedroom".

In a lawyer's letter dated March 31, the landlord told Ms Yu to move out of the flat within the next seven days for “violating the tenant's code of conduct and obligations”.

The landlord also said in the letter that the tenant withdrew her application for the utility bill account, and also claimed Ms Yu had threatened to chase them out of the house, moved their personal belongings without permission, and behaved badly.

The police told Shin Min they received a call for assistance on Wednesday afternoon. Police officers visited the unit and advised both parties. No further assistance was required, they added.