Neighbour confronts workers doing renovation work on a Sunday: "My baby wants to sleep, how?" 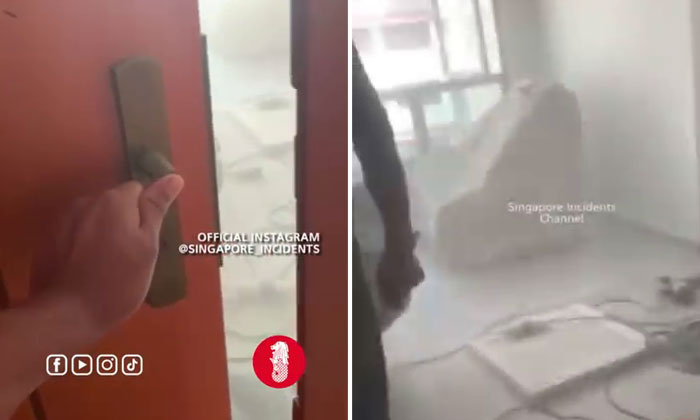 Many of us living in HDB blocks put up with the noise that comes from renovation works at neighbouring units but one man drew the line when it happened on a Sunday.

In a video shared online, the resident knocked on his neighbour's door and opened it to talk to two workers inside.

Before that, loud hammering and grinding sounds were heard coming from the unit.

The man is heard confronting the workers: "Hello, are you allowed to do this on Sunday? Noisy, you know."

He added that the noise woke his baby and made him cry.

He asked: "My baby wants to sleep, how?"

According to the post, the renovation works started on a Sunday at 9am. The date and location of the incident were not stated.

The contributor said the workers stopped after he told them off but started again after a while.

In the end, he reported the incident to the police.

According to Gov.sg, renovations at HDB flats are not allowed on Sundays and public holidays.

Noisy renovations including demolishing of walls, cutting of tiles and heavy and excessive drilling works can only be carried out between 9am and 5pm on weekdays.

Related Stories
LTA takes action against driver whose engine goes 'boom, boom, boom at 5am every morning'
Uncle blasts loud music all day at Tampines void deck: 'It feels like a nightmare'
Fernvale residents leave note for driver whose car alarm goes off in middle of the night daily
More About:
noisy
contractor
neighbour
HDB