Man, who posed as landlord, arrested for attacking woman and 3-year-old boy at Sin Ming Lane 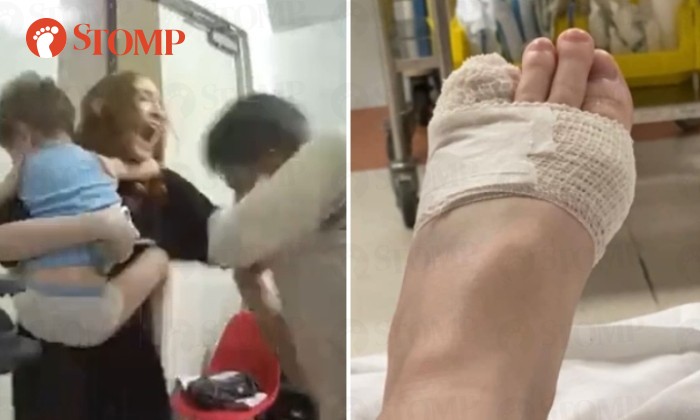 A 64-year-old man was arrested on Friday (Dec 4) for attacking a mother and her three-year-old son at Block 20 Sin Ming Lane.

The attack, which happened on Nov 21, left the mother with a fractured toe and the boy "completely traumatised".

Don Tan took to Facebook on Wednesday (Dec 2) to share his frustration that his wife and son had been attacked by the man, who they crossed paths with after he posed as a landlord in August this year when the couple was looking for an office to run their business.

Don told Stomp that they came across a place at Midview City at Sin Ming Lane and spoke to the man who initially introduced himself as Danny, the landlord of the place.

They used the place as their office for two months, during which Danny would visit them about three times a day.

"I thought it was odd at first, because he would always 'visit' us, sometimes even without our knowledge," Don said.

"I originally believed that he was allowed just come as he pleased because he was the landlord, and ultimately landlords are the ones who own the place. I thought that was the norm."

Don thought something was amiss at first, and his suspicions were confirmed when the real landlord of the place showed up on Nov 6.

"The real landlord had documents showing that he indeed is the owner of the place," Don said.

"That was when I realised that Danny had been posing as our landlord and was subletting the place illegally to us.

"Danny had breached his contract with the man who is actually the landlord, causing it to be terminated."

Don explained that he subsequently signed a tenancy agreement (TA) with the real landlord of the unit.

But that did not stop Danny from harassing the family. He continued to make unexpected visits and frequently called and messaged Don and his wife.

The couple ignored his calls and messages, in hopes that that would deter him from bothering them. 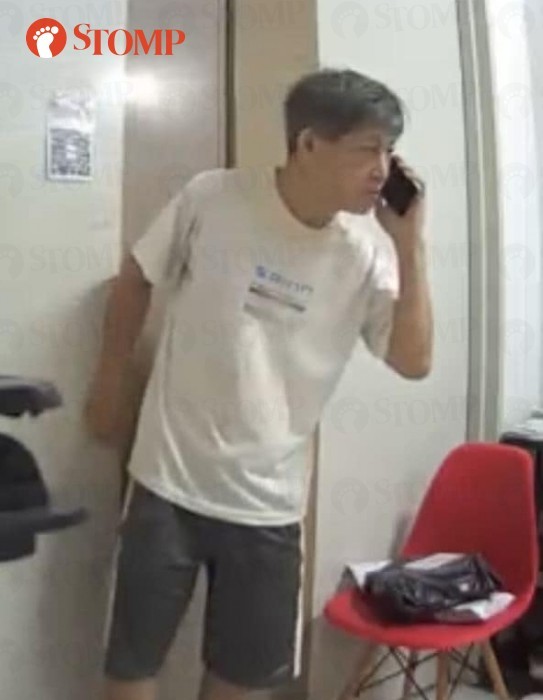 But things took a turn for the worse in the evening of Nov 21, when Don left his wife and son in the office to grab some things from home.

"I had to take some stuff from home as my wife and I had planned on working overtime that day," Don shared.

"That was the biggest mistake I have ever made.

"When I was not around, Danny barged in with the key to the unit that he claimed to have lost. My wife was in the back room putting my three-year-old son to sleep.

"My wife was startled, but she got up and tried to stop him. She told him repeatedly that he was trespassing and that he needed to leave, but he refused.

"He completely ignored her and continued to do as he pleased. He kept shoving my wife while she was trying to defend herself and push him back.

"At some point during the scuffle, he stomped on my wife's foot which caused the fracture on her toe.

"My son heard the noise and woke up, crying. He then shoved my wife into the cabinet, knocking it over onto the bed. Her leg got heavily bruised in the process.

"My son was also shoved by him as he tried to run away from what was happening.

"At this point, my wife called me as she was struggling to defend herself. I immediately called him and told him to get out of my unit.

"That was when he stood at the door, pushed my wife and bit her arm.

"How could anyone do such a thing to a mother and her three-year-old child?"

Don added that after the man left, he called the police and the ambulance. 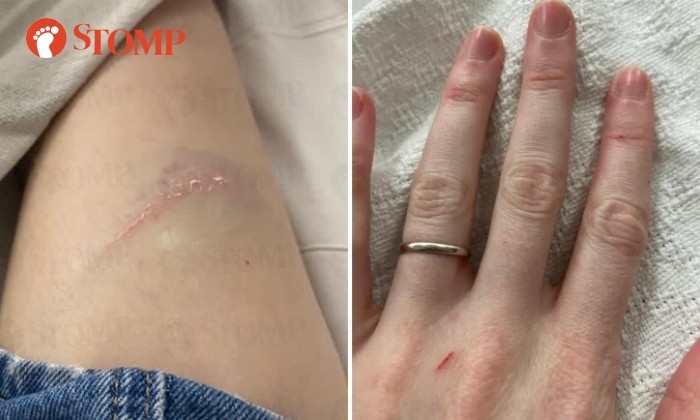 "My wife and I are still deeply traumatised by this incident. While my son may not have suffered any physical injuries, he is very affected by what happened and keeps crying in his sleep," Don said.

"My wife is currently recovering from her injuries, and she told me she feels terrified by this entire incident.

"At first we thought it was over, but we were wrong. The next day on Nov 22, he came back to our unit again and stole the SD card from our surveillance camera which contains the footage of him assaulting my wife.

"He also vandalised our unit by breaking our new lock and installing his own. He drilled holes in the wall and barricaded the door with his junk as well.

"Why is he doing this? I just don't want him to bother us anymore." 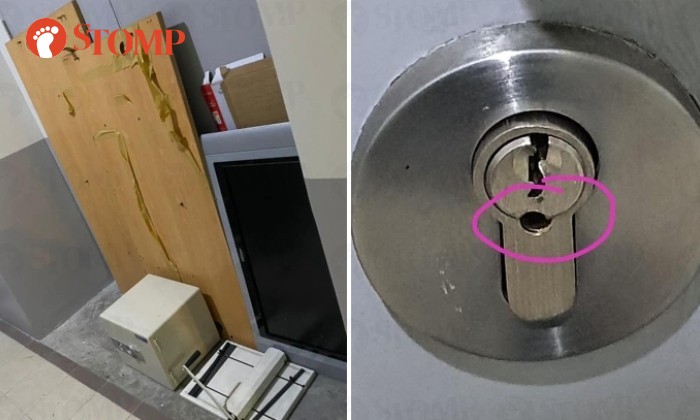 In response to a Stomp query, the police said they responded to the case of assault at Blk 20 Sin Ming Lane at 10.53pm.

"A 25-year-old woman was conscious when conveyed to Tan Tock Seng Hospital," said the police spokesman.

A 64-year-old man was subsequently arrested on Friday (Dec 4) for an offence of voluntarily causing hurt, which caused grievous hurt.

"Preliminary investigations revealed that the incident had arisen from tenancy dispute. The police have also received several other police reports lodged by different parties against the man," added the police.

"The police are looking into the various allegations such as criminal trespass, theft and harassment.

"The police will look into the matter thoroughly and fairly. We do not condone acts of violence which may cause harm to others.

"The parties involved have been advised to heed the instruction of police officers and not take the law into their own hands while investigations are ongoing."