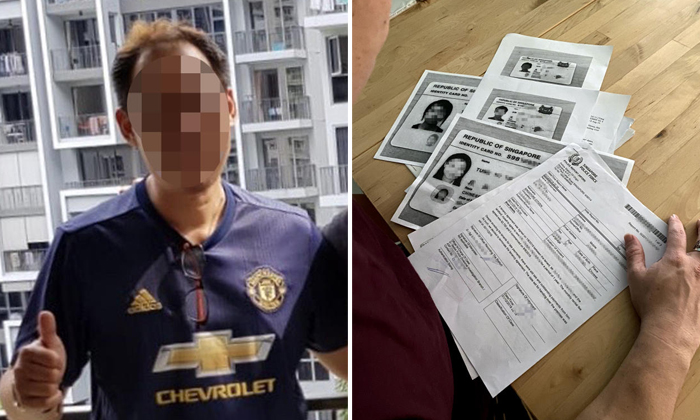 A man has been saddled with over $8,000 in owed rent and utility bills after renting out his executive condominium unit to a family of four, only for them to go 'MIA' after less than three months.

Mr Zhang, a 36-year-old manager, told Shin Min Daily News that he decided to put his executive condominium unit in Punggol up for rent in July last year.

On Aug 1, he signed a lease with a 49-year-old man known as Mr Shen. He subsequently moved into the unit with his wife and two grown daughters.

Mr Zhang recounted: "When he moved in, I asked him for a deposit of $2,700. However, he wanted it split into two payments made one week apart.

"I found it a little odd because it was not a huge amount. But as he eventually paid the deposit along with the first month's rent, I did not suspect anything."

However, Mr Shen kept delaying paying the rent over the next two and a half months.

Mr Zhang soon reached his breaking point and requested that the family move out. He gave them a deadline of Nov 30 for the handover and full repayment of the owed rent.

When that day finally came, Mr Zhang found that his tenants had simply left the keys behind on the dining table and disappeared.

Not only was the money unpaid, the unit's water, electricity and gas supply had all been cut off.

Mr Zhang added: "They owe $5,800 for two and a half months of rent. I also found out that they have not paid the utility bills ever since moving in, thus accumulating $2,210 in arrears."

Even though Mr Zhang has approached the Council for Estate Agencies for help as well as made a police report, there remains no word from Mr Shen.

Left with no choice, Mr Zhang went through the Small Claims Tribunals. His case will be heard in court next month, but the other party has yet to respond.

Mr Zhang said that he and his wife now have to take turns to go on leave, so that they can wait for workers from the relevant agencies to come restart the water, electricity and gas supply. He also has to fork out around $100 from his own pocket.

"It might not be the family's first time doing something like this, so we hope to alert other homeowners by sharing this incident," he added.

In response to media queries, the police confirm that a report was lodged.