Woman, 73, splashed hot soup on fellow tenant after yet another quarrel 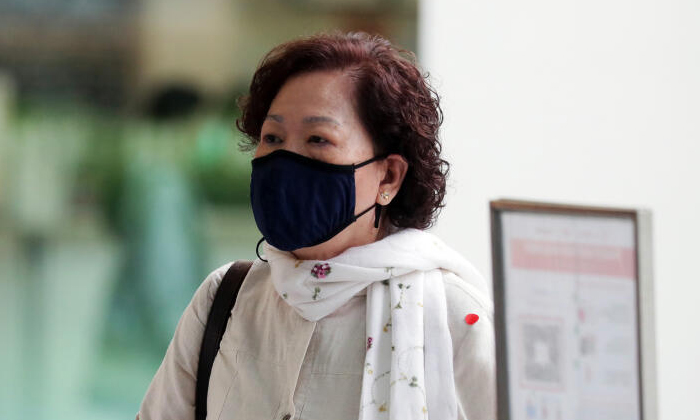 She could not get along with a fellow tenant in their Jalan Besar home and the two women often squabbled with each other.

Yeap Kim Ngoh, now 73, was then in a relationship with the landlord of the property, and the prosecution said that previously, there was "an indication" that the other resident, Ms Jin Pingping, was also his girlfriend.

"This complicated matters between the parties," added Deputy Public Prosecutor Joseph Gwee. Ms Jin's age and that of the landlord were not disclosed in court documents.

Tension between the two women came to a head on Feb 4, 2020, when Yeap, a Malaysian, splashed some hot soup on Ms Jin, injuring her.

The court heard that Ms Jin, who was not working at the time, was in pain for about a month following the incident.

According to court documents, both women were tenants of a living area above a shophouse in Jalan Besar.

The DPP said in his submissions: "There was some tension between the pair since they got to know (each) another, and the evidence from both parties is that they would avoid each other to avoid getting into quarrels.

"Both have testified that these quarrels would also be fairly frequent but the disagreements were limited to verbal disputes."

He said that on the night of Feb 4, 2020, Yeap quarrelled with Ms Jin over the use of the cooking area. At the time, Yeap was cooking some seafood soup in a metal pot.

During the trial, Ms Jin, who was living in the property with her grandchild at the time of the incident, testified that she was walking past Yeap towards a toilet when she felt some hot soup on her back.

The prosecutor told Judge Chay: "Jin was shocked and angered, and both she and the accused got into a loud argument again, where (the landlord) and other tenants came in to separate the parties."

Ms Jin later lodged a police report about the attack.

She also went to the Singapore General Hospital, where she was found to have sustained injuries, including superficial burns on the back of her neck and upper back.

Yeap, who is represented by lawyers Michael S. Chia and Wang Shi Mei, did not dispute that some of the soup she was cooking had landed on Ms Jin.

DPP Gwee added: "The defence had contended that the accused was startled by Jin and the accused's act of splashing the soup on Jin was accidental.

"The accused also testified that the soup was not boiling at the material time. The accused had contended that only 'a bit of soup landed on (Jin)' and it was Jin's wet clothing (resulting from the soup) that worsened the injury."

Before convicting Yeap on Thursday, Judge Chay said he did not find her to be a credible witness.

Her mitigation and sentencing will be held on June 30.

For voluntarily causing hurt with a heated substance, an offender can be jailed for up to seven years and fined or caned. Men over 50 years old and women cannot be caned.