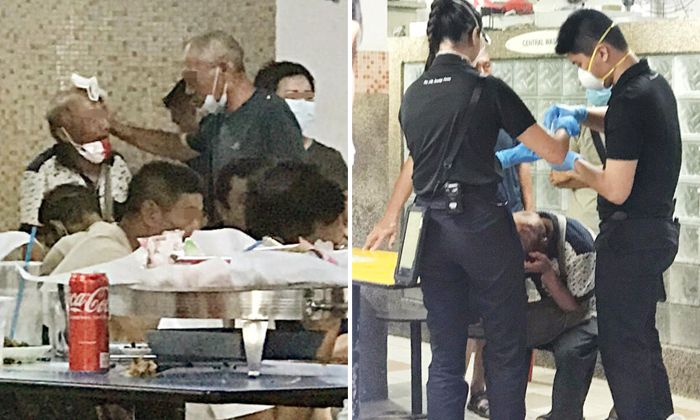 A fight broke out between two men at People's Park Food Centre on Sunday (May 15), resulting in one of them getting sent to hospital and the other arrested.

In response to a Stomp query, the police said they were alerted to a call for assistance at 32 New Market Road at around 5.50pm, "where a 44-year-old man had allegedly injured a 60-year-old man with a glass bottle and a stool after a dispute".

The 60-year-old man was conscious when taken to hospital.

The 44-year-old man was subsequently arrested for voluntarily causing hurt with dangerous means.

According to Shin Min Daily News, the two men were drinking at a table with a few others when they had a disagreement.

The younger man then reportedly used a beer bottle to hit the older man until he was bleeding from the head.

Onlookers intervened and pulled the assailant aside, while the victim was brought to a small table to lie down.

The offence of voluntarily causing hurt by dangerous means carries an imprisonment term of up to seven years, or a fine, or caning, or any combination of such punishments.