Waterspout spotted in various parts of Singapore: 'It looks like a mini tornado' 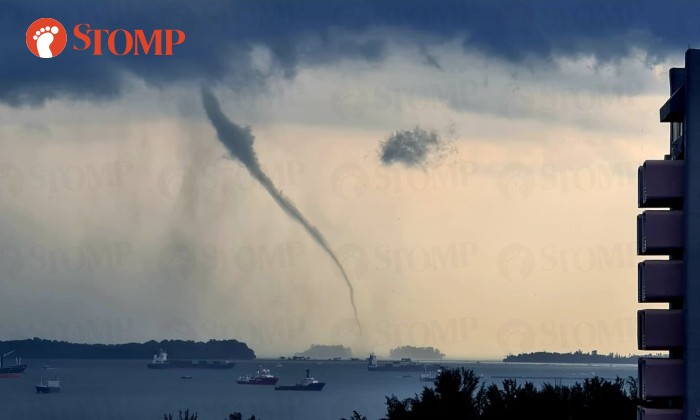 A waterspout was spotted in several parts of Singapore on Sunday (Dec 6) afternoon amid stormy weather and rain that had begun earlier that morning.

A waterspout is a weather phenomenon that is essentially a whirling column of air and water mist.

Stomper Dr André Cheong said that he spotted the waterspout at 4.45pm from his flat at Meyer Road.

He added that he felt 'blessed' when he laid eyes on the interesting sight.

"My sister saw it through her kitchen window at about 4pm. She was surprised so she immediately sent photos to me," Anon said.

"You can actually see that it looks like a tornado forming at sea."

"I was on a boat to Sisters' Islands in the late afternoon when I saw the beautiful waterspout," Raymond said.

"It was an amazing sight to see."