No, it’s not Thanos: Waterspout spotted near MBS 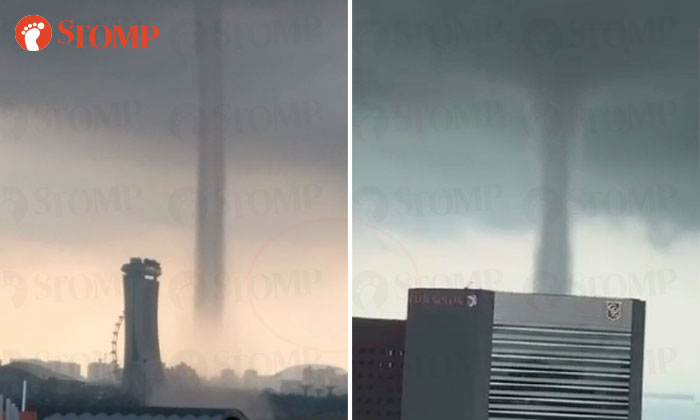 They shared photos and videos taken from various locations in the south of Singapore including Sentosa Cove Tanjong Pagar and Telok Blangah. 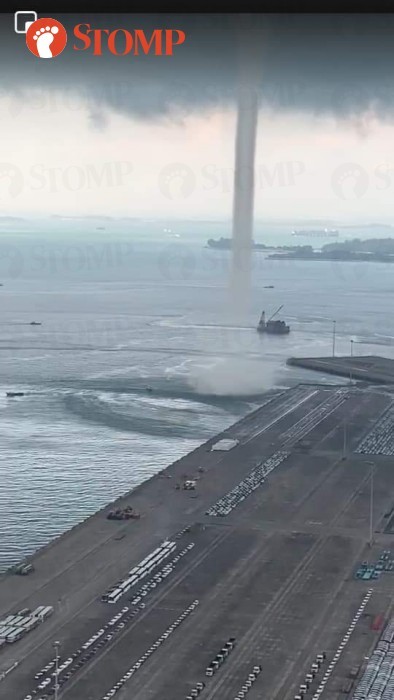 "A water spout is spotted today morning at the southern part of Singapore near Gardens by the Bay," said Wins at 8.40am.

"It was followed by heavy rain around that area."

Janet spotted the waterspout from The Oceanfront at Sentosa Cove at about 8.45am. It could be seen moving slowly between the iconic Marina Bay Sands hotel and the Singapore Flyer.

The sight of the weather phenomenon was so amazing, Benedict joked: "Thanos is coming!"

Tornadohunter76 told Stomp he and his family woke up to an amazing sight: "We woke up from our staycation at Pan Pacific Hotel to beautiful Mother Nature in all her glory.

"Hope the folks at the wharves are ok."

Waterspouts are short-lived weather phenomenon occasionally seen over the coastal waters of Singapore.

Stomp has contacted the National Environment Agency for information.

Amidst the heavy downpour in Singapore in recent weeks, readers also alerted Stomp to frequent flashes of lightning during a thunderstorm in the early hours and late morning of Thursday (May 9).