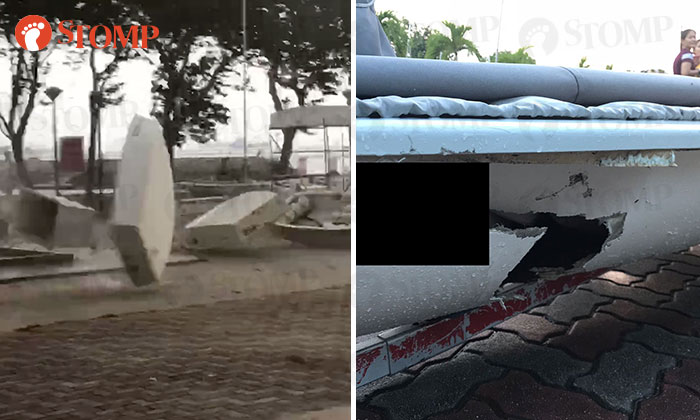 Videos of garbage bins and dinghies sent flying in the air by the strong winds at the National Sailing Centre in East Coast Park have been circulating on WhatsApp.

Paul, who got the video from a relative, told Stomp that the videos were forwarded by a student of his relative while she was at East Coast Park on Wednesday afternoon (Jan 31).

The videos were taken between 4pm to 5pm.

In one of the videos, several dinghies could be seen flying in the strong winds amidst people shouting. 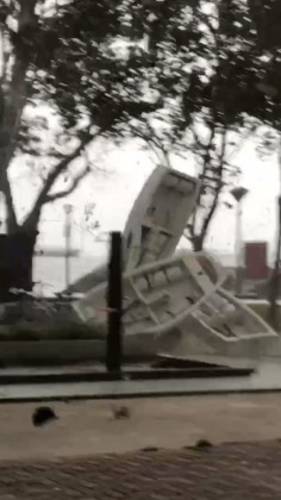 The video was taken inside the National Sailing Centre.

In the second video, a garbage bin was seen tumbling and rolling as it was swept away by the gale.

Rubbish and debris could be seen flying around.

“I stay in Sengkang and the winds were so strong already.

Stomp went down to the National Sailing Centre and spoke to Mr Rohaizan, an Assistant General Manager at the centre who witnessed the incident.

According to Mr Rohaizan, the incident started off as a waterspout.

However, the wind came ashore, and a 'spiralling' wind swept through the dinghies, causing them to fly into the air.

Asked about the weight of each dinghy, Mr Rohaizan said that each dinghy is constructed of fibreglass and weighs about 60kg. It is unclear how much damage was caused, but he estimates it to be in the hundreds.

Mr Rohaizan, 40, added that there was a lesson scheduled at the centre in the afternoon, and there were about 50 students,

An announcement was later was made asking the students to seek shelter in the auditorium for their safety.

The staff made a headcount and ensured that each student was accounted for.