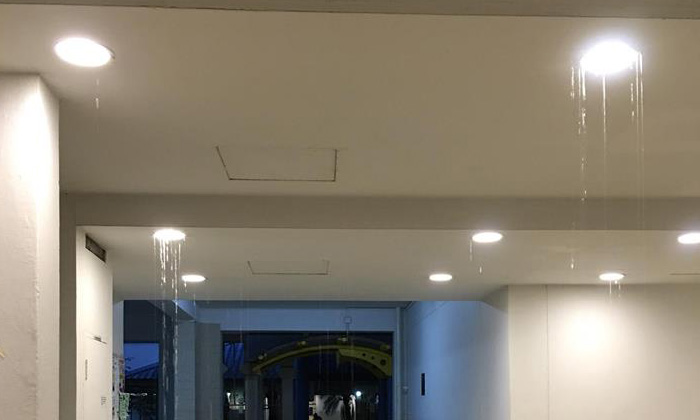 Water that was seen dripping from a ceiling at the lift lobby of Block 736 Woodlands Circle was due to a leaking pipe, according to the Sembawang Town Council.

A Stomper had alerted Stomp to a video of the incident that was posted by Facebook user Ruhaidi Supaat.

In the video, water is seen trickling down from various parts of the ceiling.

Mr Ruhaidi said he was going to his mum's place when he suddenly heard the sound of water falling at 7am, despite there being no rain.

It was only when he reached the lift lobby then did he see what the source of the sound was.

The town council said the leakage was due to a leaking pipe above the false ceiling at the lift lobby, reports The Straits Times.

"We were informed of the leakage this morning and our plumber was deployed to the site immediately," said the town council in a response.

"The rectification work was completed at 11am this morning (Jul 16)."