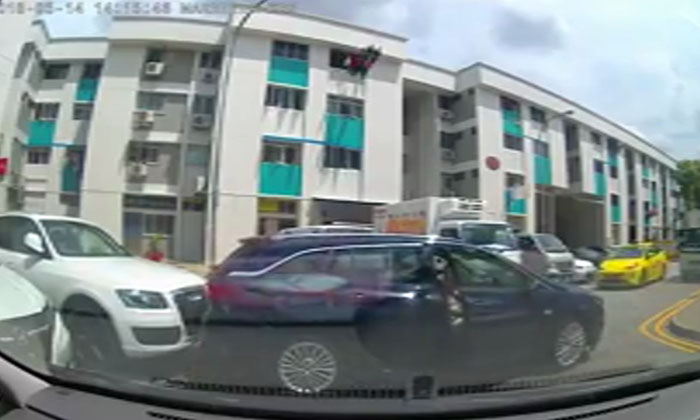 A driver ended up colliding into another car due to his meagre parking skills, at Block 153 Serangoon North Avenue 2 on May 14 at 1.15pm.

A video posted by Facebook user Mani Pariasamy showed a blue car bumping into a white Audi twice, in his attempts to park his car beside it.

The driver was seen poking his head out of the car several times while trying to park, before leaving when he could not manage to do so.

Mr Pariasamy said: "I was leaving the carpark after lunch, and saw the blue car in front abruptly braking a few times while looking for a lot."

"When he finally found one, he could not reverse properly and ended up bumping into the white Audi.

"It was too fast for me to react the first time.

"On his second attempt, I honked at him to stop just before contact.

"Then on his third attempt, I got out and yelled at him."

Mr Pariasamy said that the driver then drove off without assessing the damage nor leaving his details.

"If you know the owner of the white Audi, do let him or her know."