Under One Roof star Zaibo dies from cancer aged 62 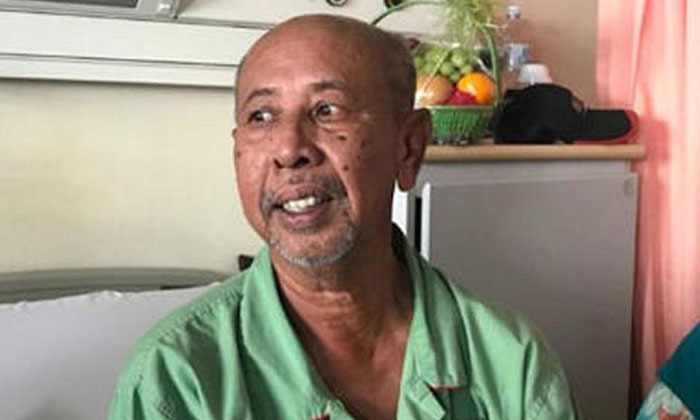 The Under One Roof star had been diagnosed with stage four oesophageal cancer, which had spread to his stomach, lungs and left rib cage, in September.

Stomper Mohd alerted Stomp to his death and said: "I feel like sad because we have lost a great comedian.

"He has brought entertainment all over Asia, especially in Singapore and Malaysia.

"He was fluent in both Malay and English and will be missed by me, and the world of comedy."

According to The Straits Times, his wife, Ms Siti Hawa Sawal, 52, confirmed the news saying: "I'm so sad now. Give me time."

Zaibo's family shared that he died in Ms Siti's house in Johor, surrounded by her and his two sisters.

On Wednesday at 12.30pm, he struggled to breathe even though he had been able to talk normally the day before.

An ambulance was called, but his heart had stopped beating by the time it arrived.

His family said his funeral and burial was held yesterday night, according to The Star.

He leaves behind his wife and nine step-children.

On Nov 12, Johor Princess Aminah Binti Sultan Ibrahim and her husband had also dropped in to visit the actor.

Zaibo, whose real name is Zainal Ariffin Abdul Hamid said: "I know at least six secondary schoolmates who have died. So if it is my turn, what is unusual about it?

"Everybody will go through this process, so there is nothing to be scared of."

His former co-stars expressed their sadness about the news when they were contacted.

Vernetta Lopez, 45, said: "He was and always will be remembered as the most humble, funny and absolutely sweetest person ever."

The Mediacorp Gold 905 DJ added: "He was someone who was so talented with comedy, ever grateful for even the smallest thing, emotional as well, not afraid to show his softer side, was always happy to help anyone."

Former actor Nicholas Lee, 53, said: "I was standing in line at Kuala Lumpur International Airport and on a chat group discussion with other Under One Roof cast members about when we would be able to visit Zaibo when I received the news."

Lee, who is now chief executive officer of Group X, a group of video and event production companies, added: "There's an undefinable kind of joy when you are given the opportunity to work with people who are gifted with an amazing talent and Zaibo is definitely one of those people.

"His gift was to bring joy and laughter to all those around him and he will be missed so very, very much. RIP, my dear friend."

The former cast of Under One Roof had also raised about $1,800 among themselves to help Zaibo with his medical expenses and had planned another round of fund-raising via a crowdfunding platform in October.

Related Stories
Zaibo on how he discovered he has cancer and is dealing with it: 'Why must I be so melodramatic?'
Under One Roof actor Zaibo has stage 4 cancer, co-stars raise $1,800 for his medical expenses
7-year-old girl diagnosed with ovarian cancer after sudden pain in right abdomen
More About:
death
celebrity
cancer