Zaibo on how he discovered he has cancer and is dealing with it: 'Why must I be so melodramatic?' 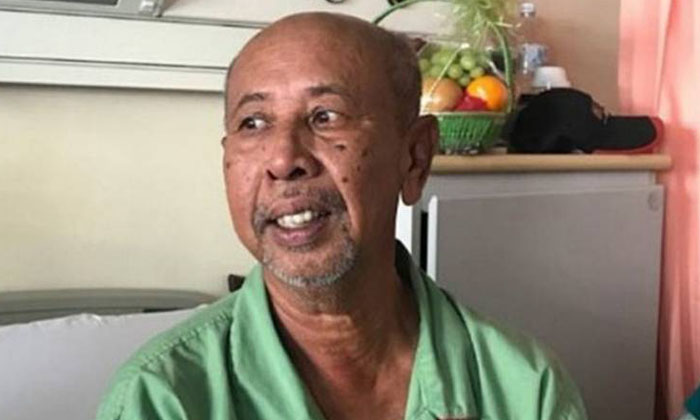 Malaysian actor and comedian Zaibo had a premonition that he had contracted cancer even before it was diagnosed by a doctor.

The actor, best known for his roles in local sitcom Under One Roof and Malaysian series Spanar Jaya, recounted the first time he felt something was amiss, reports The Star.

"At one particular meal, I choked on my food so terribly that it was difficult to even breathe," said that 62-year-old as he recalled the incident that happened two weeks after Hari Raya.

"So, I tapped the back of my neck and vomited. Then I could breathe.

"The reason I thought of that was because both my parents died of cancer.

"My mother had breast cancer, which later spread to her brain, while my father had pancreatic cancer."

His fears were confirmed after a series of medical check-ups.

Doctors found two tumours on his oesophagus and the cancer has spread to his lungs, liver, stomach and lower left rib.

The actor-comedian, who lives in Rengit, Batu Pahat, said he felt down at first following the diagnosis but later had a revelation.

With a bubbly and talkative vibe throughout his hour-long phone interview with Star2, he said: "Why must I be so melodramatic, as if I'm in one of those Hindustani movies?

Zaibo lives with his five children who are still schooling and has reverted to his daily routine of taking care of their needs since his wife travels outstation for work regularly.

His cancer treatment will most likely begin sometime next month.

Related Stories
Under One Roof actor Zaibo has stage 4 cancer, co-stars raise $1,800 for his medical expenses
7-year-old girl diagnosed with ovarian cancer after sudden pain in right abdomen
'We can't lose him': Family of 5's world turned upside down after man gets cancer
More About:
entertainment
celebrity
cancer
illness