Uncle stops e-bike user from riding on cycling path even though it's not illegal, gets called 'donkey' 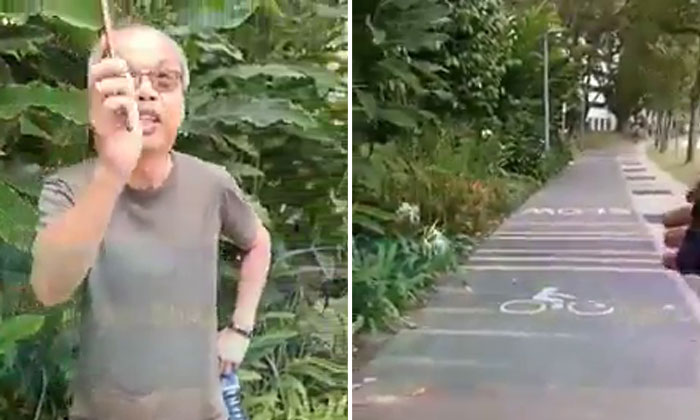 A pedestrian was recently caught on video arguing with an e-bike user for riding along a cycling path in Yishun, near the neighbourhood's polyclinic.

Several Stompers alerted Stomp to the video that has been circulating on social media.

In the video, an elderly man is heard talking to the police on the phone and saying: "I said I want to take his picture, he threatened to break my phone."

The e-bike rider, who is recording the video, is heard saying that the man told him he cannot ride along the cycling path.

The man continues to argue that e-bikes are only allowed on the road.

Frustrated, the e-bike rider tells him to wait for the police to come.

He is overheard telling a passer-by: "Must educate this kind of donkey."

He turns back to the man and tells him he is "wasting my time".

He gestures to the path and explains that e-bikes are allowed on the cycling path and not on the footpath next to it.

Under the Active Mobility Act, the e-bike rider is correct.

E-bikes or power-assisted bicycles (PAB) are allowed on cycling paths and roads. They are not allowed on footpaths.