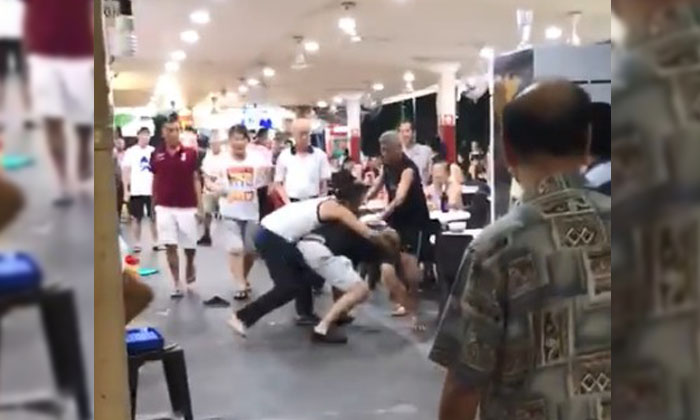 The police have confirmed with Stomp that the two men were arrested in relation to the incident.

Several Stompers alerted us to a video of the fight, which was circulating on Whatsapp and Facebook.

Stomp understands that the fight began because of a verbal dispute, and that the police have arrested the men in the vicinity of the area.

In the video, a man in a white singlet, was seen hitting a man in a black T-shirt.

Several other men were trying to pull them apart, as many bystanders watched the scene unfold.

At the end of the video, the man in the black T-shirt is seen walking away.

"Two men aged 42 and 49 were arrested in relation to the case.