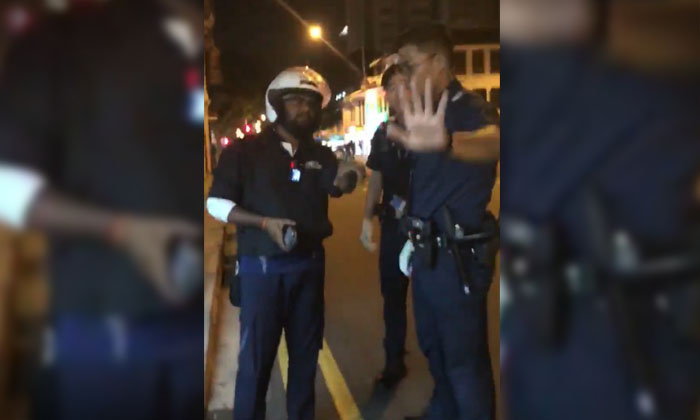 Two men were arrested over a fight involving a 57-year-old taxi driver along Jalan Berseh Road, in the Jalan Besar area, on Oct 7 in the early morning.

The incident was brought to Stomp's attention after Stomper Meng shared with us the original copy of a video, which he posted on the Singapore Taxi Driver Facebook page on Oct 7.

The video shows a Land Transport Authority (LTA) enforcement officer issuing a summons to the cabby's taxi, which was parked illegally along the road.

In a phone interview with Stomp, Stomper Meng recounted the whole incident.

He told Stomp that he was eating at a coffeeshop along Jalan Berseh Road at about 5am when he heard a commotion.

He left the coffeeshop and proceeded to a junction about 50 metres away, where he saw the taxi driver lying on the road. 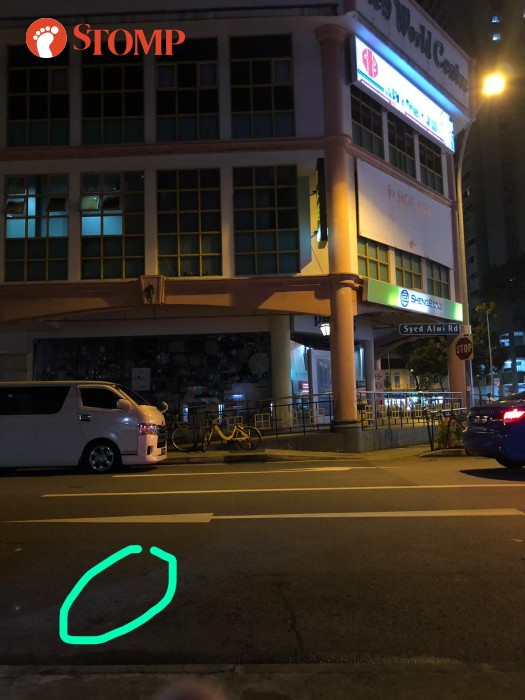 According to the Stomper, the driver was lying on the road in the circled area.

He said that passers-by were restraining two men and that police were already at the scene.

"I saw him (the taxi driver) on the ground and his hands and face were bleeding. I immediately called the ambulance before returning to the coffeeshop to eat my food," he said.

In response to a Stomp query, the police said: "On Oct 7 at 5.07am, the police were alerted to a case of affray at 1 Jalan Berseh Road.

"Two men aged 20 and 29 were arrested in relation to the case. A 57-year-old man was conveyed conscious to Tan Tock Seng Hospital. Police investigations are ongoing."

Stomp understands that the two men had a trolley and one of them pushed it to the middle of the road, hitting the cabby's taxi while it was on the move.

The two men walked away after hitting the taxi, and the cabby alighted from his vehicle to go after them.

This resulted in a fight.

While the Stomper was eating, a worker from the coffeeshop alerted him to the LTA enforcement officer issuing a summons to the cabby's taxi, which was parked illegally by the side of the road.

He left the coffeeshop to explain the situation to the officer.

However, he said that a parking ticket was still left on the taxi. 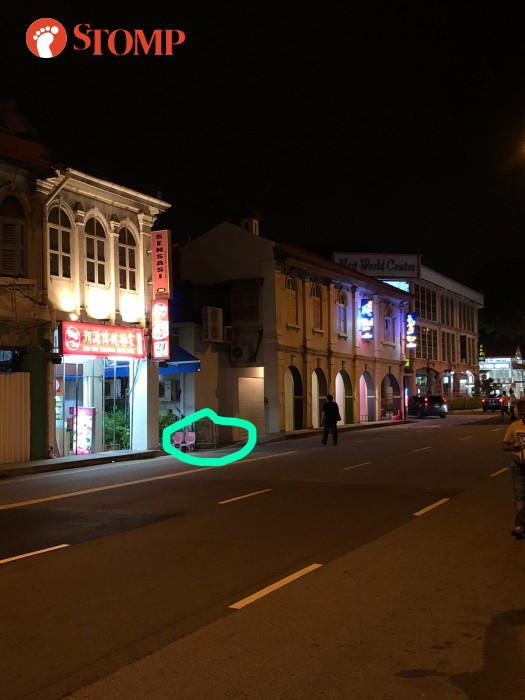 The Stomper said that the taxi was parked in the circled area.

The video that the Stomper had taken also shows a police officer running towards the LTA enforcement officer, seemingly trying to mitigate the situation.

In response to a Stomp query, an LTA spokesman told Stomp: "At the time of issuing the summons, the Land Transport Authority (LTA) enforcement officer did not see the taxi driver on the scene, and therefore carried out his duties to issue the summons on the unattended taxi.

"The LTA enforcement officer was subsequently approached by a member of the public who informed that the driver of the taxi had been injured.

"LTA has since verified this and has already waived the summon. We wish the taxi driver a speedy recovery."

He said that after eating, he saw a policeman helping the taxi driver park his car in a parking lot.