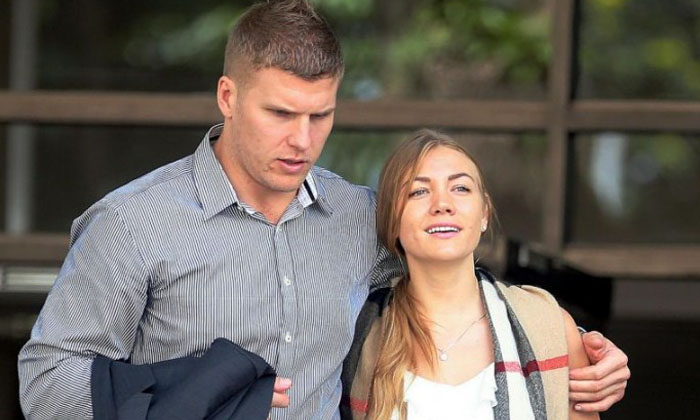 Filimonova Svetlana, 29, made a scene outside Altimate club at One Raffles Place when arguing with her husband, refusing to cooperate with a police officer and slapping the officer.

According to The Straits Times, Svetlana was convicted on Tuesday (Oct 2) of using criminal force on a public servant executing her duties and causing public disturbance in a public place.

Her husband, Australian Males Milan, 29, was also involved in the incident.

The pair will be sentenced on Nov 1.

According to court documents, Svetlana and Milan drank heavily after arriving at the club at about 12am on May 27, 2017.

They began arguing in a heated manner, shouting loudly at each other when the club was about to close at about 3.50am.

Club employee Jaris Chung Muhd Khairi, 19, saw that Milan was raising his hand to hit Svetlana, and stepped in to stop the situation from escalating.

Milan was enraged that Mr Chung placed his hands on his chest while separating them, and punched his face.

Other people at the club tried to hold Milan back, but he broke free and punched Mr Chung two more times.

Milan shouted loudly and jostled with patrons at the club when bouncers tried to escort him out, he refused to leave.

He continued behaving in a disorderly manner until the police arrived and arrested him.

Meanwhile, Svetlana, who was yelling hysterically and insisted she wanted to be with Milan, refused to cooperate with Assistant Superintendent (ASP) Joey Tham Si Ning from the Marina Bay Neighbourhood Police Centre.

When ASP Tham tried to calm her down, she told the police officer not to touch her and slapped her once on the right cheek.

ASP Tham eventually managed to escort Svetlana into the lift with help from her fellow officers, where the Russian national continued struggling and screaming in a hysterical manner despite ASP Tham's warnings.

For using criminal force to deter a public servant from discharging her duty, Svetlana could be jailed for up to four years and fined.

For causing public disturbance in a public place, Svetlana and Milan could each be fined up to $2,000 and jailed for up to six months.

For voluntarily causing hurt, Milan could be jailed for up to two years and fined up to $5,000.