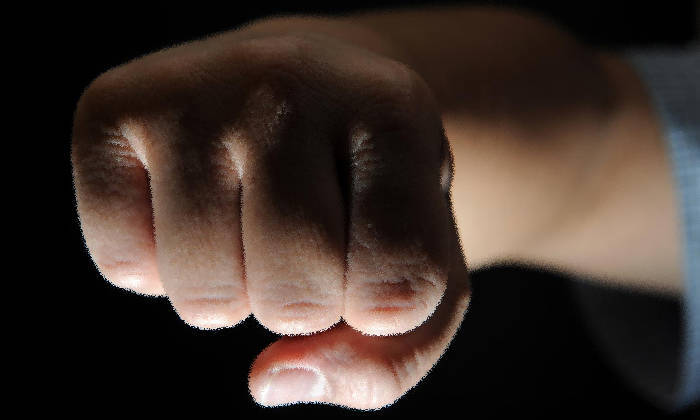 A pair of twins ganged up on a policeman as they "did not like the victim's face" and rained blows on him, causing a traumatic head injury.

Sergeant Chong Jiawei, 27, who also suffered multiple facial injuries, had to spend two days in a neurosurgery ward after the unprovoked attack and was given 29 days of hospitalisation leave.

One of his attackers, Muhammad Farhan Jaffri, also assaulted a second policeman and abused a policewoman with vulgar language.

Shortly before the attacks on Feb 23 last year, Farhan and his wife had an argument at the void deck of Block 755 Jurong West Street 74 at around 4am and police were then alerted to the commotion.

Officers arrived at the scene and Staff Sgt Sumarni asked the couple if they were all right.

Instead of answering, an intoxicated Farhan behaved defensively and his twin brother, who lived in the block, turned up soon after.

Deputy Public Prosecutor Chng Luey Chi said: "(Fiqkri) approached the police officers aggressively and pointed his finger in (their) faces while demanding to know why they were questioning the accused.

"At the same time, Fiqkri told the accused and his wife to go back to his unit located on the second floor, while gesturing aggressively at the police officers and telling them to shut up."

Farhan then abused Staff Sgt Sumarni with vulgar language and left the scene, only to return minutes later.

Fiqkri asked his brother "which police officer's face he did not like" and Farhan responded by gesturing aggressively at Sgt Chong.

The two siblings then assaulted the policeman and continued raining blows on him after he fell to the ground.

When the other police officers stepped in, Farhan assaulted Sgt Irfan who managed to drag him away with the help of his colleague, Sgt Charmaine Tan, 27.

The court heard Staff Sgt Sumarni had to use her baton to hit Fiqkri when he continued attacking Sgt Chong. Fiqkri was later restrained and handcuffed.

Meanwhile, Farhan was escorted to a police Land Rover and while seated in the rear, he kicked one of the vehicle's windows three times, causing it to shatter.

Separately, the court heard that Farhan was also a secret society member and had joined it in 2007.

Defence lawyer Laura Yeo told the court on Friday that Farhan "has truly learnt his lesson" and deeply regrets his actions.

For causing grievous hurt to a police officer, an offender can be jailed for up to seven years and fined or caned.