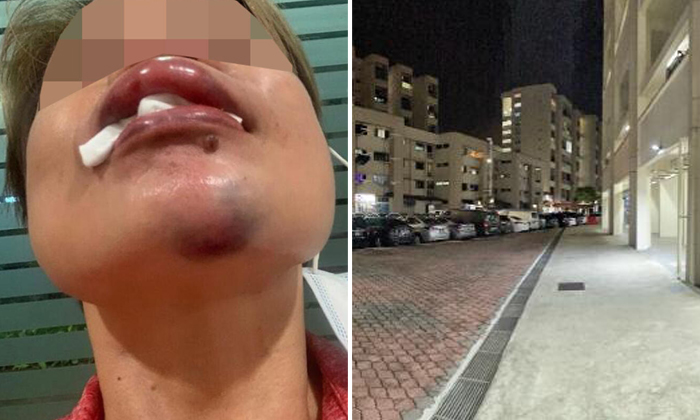 A 19-year-old man has been arrested after he allegedly followed and assaulted a 51-year-old woman, after she apparently took pictures of him and two others who did not have their masks on at a void deck.

The police told The Straits Times that on Wednesday (June 2), at about 7.30pm, they received a call for help at Block 340 Jurong East Avenue 1. The man was arrested for voluntarily causing grievous hurt. He is also being investigated for intentional harassment.

A Singapore Civil Defence Force spokesman told ST that on June 2, at about 7.50pm, it received a call for help. One person, who was assessed to have minor injuries, declined to be taken to hospital.

Shin Min Daily News reported on Saturday that a resident saw a man following the woman, who is a manager of the neighbourhood committee.

The resident told the Chinese-language daily that she also heard the man telling the woman to delete a photo, but the latter ignored him.

The man then allegedly attacked her from behind.

The resident told Shin Min that blood was flowing from the woman's mouth and several passers-by helped her.

Mr Xie Yao Quan, an MP for Jurong GRC, said in an Instagram post on Saturday night that the victim had approached the man and his friends at a void deck under her care as they allegedly did not have masks on.

He added that the victim sustained injuries including a hairline fracture in her cheekbone and is recuperating at home. He said she had been taking photographs of the group with her phone to follow up with the authorities.

For voluntarily causing grievous hurt, offenders can be jailed for up to 10 years, fined or caned.