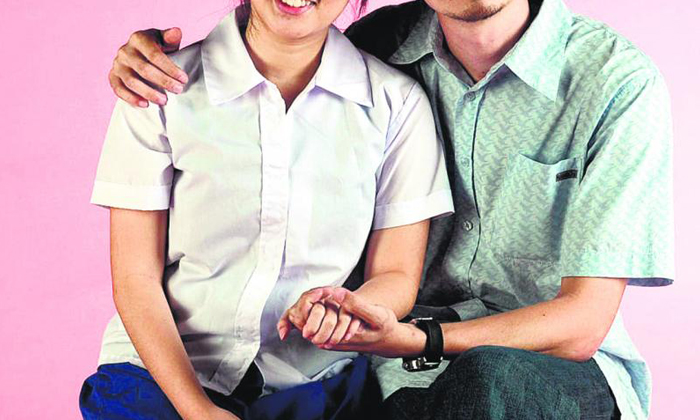 He cannot be named due to a gag order to protect the identity of the girl, who is now 13.

The High Court heard that the two met in 2017 while she was attending classes at a tuition centre.

Over time, she became fond of the man, who encouraged his pupils to call him on his mobile phone if they had any problems and occasionally bought food for the class.

The two began texting each other frequently and their chats became increasingly intimate and personal. He told her that he liked her best, as a pupil, out of the whole class.

She developed feelings for him and told him that she considered him her "soulmate". When he asked her to be his girlfriend in April 2018, she said yes.

They went out for meals, hung out at shopping malls, and held hands in public.

While the girl kept the relationship a secret from her parents, she recommended him to them to be her tutor as she was taking the Primary School Leaving Examination that year.

The parents agreed and were unaware of their relationship, even as the man came to their home every week for private tuition sessions.

While he was seeing the girl, the man had a live-in girlfriend, but it is unclear from court documents whether the girl knew about this.

Shortly after she turned 12 in May 2018, he picked her up from school and drove to a nearby mall.

They went in search of a toilet for the disabled and she decided to go ahead with their plan to engage in intimate acts.

In December 2018, they met at another shopping mall, looked for a toilet for the disabled, and had sex for the first time.

About a week later, he took her to his flat and they had sex again.

Later that month, the girl was on holiday in Malaysia with her parents when they questioned her after noticing that she was busy texting.

After taking the phone from her, her parents found out about the relationship and forbade her from contacting the man again.

The girl's father lodged a police report after they returned to Singapore.

Deputy Public Prosecutor Asoka Markandu told the court: "Although the girl developed a liking for the accused and consented to the sexual acts, the accused had a responsibility not to take advantage of her naivety or to exploit her for his own sexual gratification."

Defence counsel Raphael Louis said his client genuinely cared for his pupils and was a first offender.

Related Stories
Teacher performed indecent acts on student, said she deserved to be raped and proposed being 'FWB'
Teacher who kissed 14-year-old student twice on her lips gets 6 months' jail
Private tutor repeatedly molested student by asking her to stay back after class to 'complete homework'
More About:
sex
teacher
underage
Rape